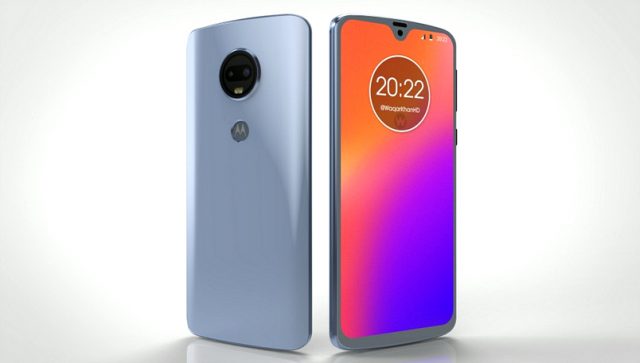 Even though 2019 is one month away, Motorola wants to make sure to end the year on a high note and it’s getting ready to launch four new smartphones. The new smartphones are all variants of Moto G7 and they will ship with unique features that cater towards specific markets such as Moto G7 Play which targets gamers and Moto G7 Power Plus that will appeal to people who enjoy owning a bigger smartphone.

On the downside of things, Motorola is not ready to reveal all the information about the four new Moto G7 smartphones. However, this doesn’t mean that we have to wait until the end of the year for Motorola to launch the new smartphone in order to get an idea of what type of specs they will have to offer. The reason we are saying this is because Moto G7 Power has just been spotted in an FCC report.

Moto G7 Power will fit in the mid-range market and a new FCC report that surfaced on the web unveils that the smartphone will feature a 5,000 mAh battery. This is a massive battery which ensures that Moto G7 Power will be able to live up to its “Power” moniker.

As previously mentioned, we don’t have that much information about the hardware specs that Motorola’s new smartphones will feature. However, rumor has it that Moto G7 Power will be powered by a Snapdragon 625 processor.

Not just that, but the processor is going to be coupled with an Adreno 506 graphics processing unit and 2, 3 or 4GB of RAM. In addition, Moto G7 Power will be available with 32GB and 64GB of internal storage space.

The new smartphones that Motorola is planning to launch before 2018 ends look amazing. Moto G7 Power will be fueled by a massive battery that is going to last for days on end and this is surely going to give the smartphone a big advantage over its competition.