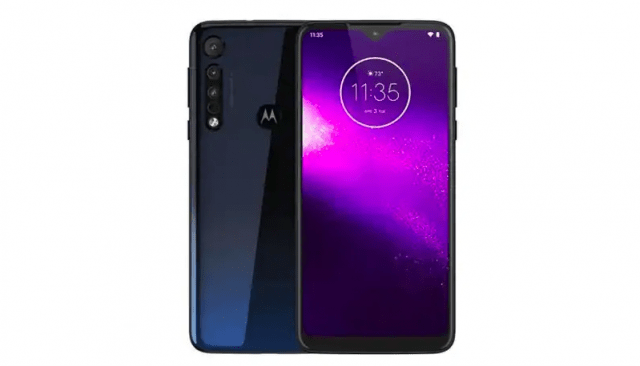 It’s quite difficult to keep a secret in the smartphone industry since every company that is getting ready to launch a new device needs to send the official press renders to multiple online retailers. This is how Motorola’s brand-new Moto One Macro appeared on a Saudi Arabian retail website way ahead of its official launch date. Fortunately for us and other Motorola fans, a leakster spotted the unannounced smartphone.

Moto One Macro Gets Leaked

Moto One Macro is going to hold the flagship title and this means that Motorola has equipped it with some of the best hardware parts available on the market. As we can tell from the smartphone’s name, Motorola has focused on the camera setup that Moto One Macro has to offer and therefore, the new smartphone will be equipped with a 2MP macro camera and two other main cameras (13MP main sensor and a 2MP depth sensor).

As previously noted, Moto One Macro will ship with a quad-camera setup and this is why it shouldn’t come as a surprise that the smartphone is going to be equipped with an enhanced laser-assisted autofocus feature that is going to help users snap beautiful pictures. In addition, Moto One Macro will feature a rear-mounted fingerprint scanner and a notched display that offers a tall aspect ratio.

Moto One Macro will be equipped with 2GB of RAM according to the online retail website where It was leaked. Moreover, the smartphone will ship with a Helio P60 processor and it will run on Android Pie.

Not just that, but the smartphone was priced at SAR 899 which converts to around $240. Therefore, Moto One Macro will be an affordable smartphone. Let’s hope that Motorola decides to also launch Moto One Macro in other parts of the world and not only Saudi Arabia.