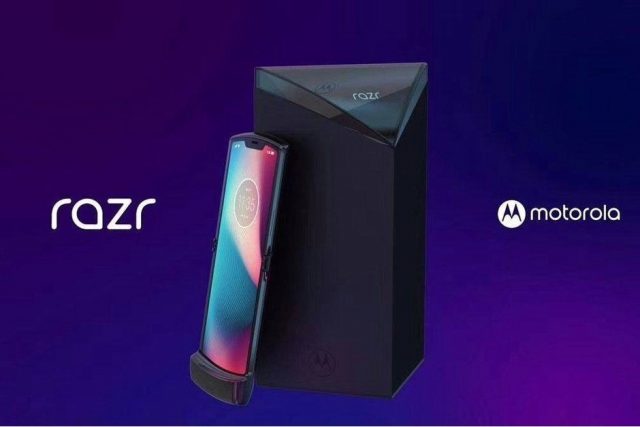 Samsung took the smartphone industry by storm last year when it launched Galaxy Fold, the world’s first mainstream foldable smartphone. Unfortunately for Samsung, Galaxy Fold had a couple of flaws in its design that forced the South Korean based tech giant to recall all sold units.

This is why all other tech companies decided that it’s best to not hurry up and launch their own foldable smartphones before the full testing process. Now, Motorola has started dropping hints that the new RAZR (2019) is going to launch soon and that it will feature an innovative folding system.

RAZR (2019) is going to be an Android powered smartphone that features a similar design to Motorola’s highly popular flip phone that sold more than 130 million units between 2004 to 2008. The smartphone will feature the basic form factor and its display will fold around the horizontal axis.

According to previous leaks, RAZR (2019) will feature a 6.2-inches or 6.5-inches internal screen that has an impressive 22:9 ratio. Not just that, but the smartphone is also going to feature a small external screen that will be used for app notifications.

Motorola hinted that it’s planning to launch a new smartphone that features an innovative design on November 13th. The smartphone is undoubtedly the highly anticipated RAZR (2019). Furthermore, the reveal event will take place in Los Angeles and it will include the “highly anticipated unveiling of a reinvented icon” which clearly hints at RAZR (2019).

RAZR (2019) is expected to be a Verizon exclusive in the US and that it will be priced around $1,500. We don’t have any official confirmation on the price, but if we take a look at Galaxy Fold’s expensive price tag, we think it’s safe to say that RAZR (2019) is not going to be cheap either.