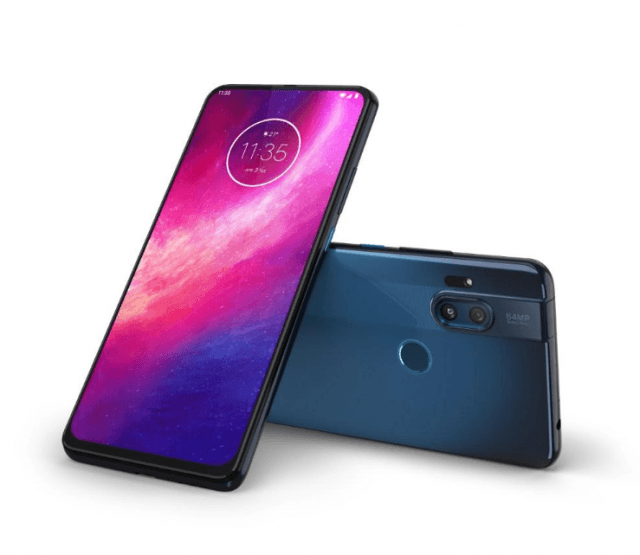 Motorola is one of the world’s biggest tech companies and this is why it should come as no surprise that Motorola is always working on secret devices. One of those devices is called One Hyper and even though previous leaks have shown us that Motorola is currently adding the finishing touches to the design and specs, the tech giant doesn’t want to confirm the release date of the smartphone. Fortunately for us and other Motorola fans, the official press render of One Hyper has been leaked.

The leaked press render of Motorola One Hyper is showing us that the smartphone is equipped with a full-screen display. The large display looks quite amazing but what makes it stand out the most is the fact that the selfie camera seems is not located on the front side and instead, the rear camera setup will slide out and take the selfie. This is a big improvement in terms of design since other flagship smartphones feature a punch-hole selfie shooter.

Another important feature that we can spot in this leaked press render is that Motorola One Hyper will ship with an innovative camera setup that, as previously noted, can slide out and take selfies. Furthermore, we can also see a fingerprint scanner mounted on the rear side.

Motorola One Hyper will ship with a 6.39-inches display that uses IPS LCD technology and offers a pixel resolution of 1080 x 2340 alongside a pixel density of 403ppi. The smartphone is powered by none other than Qualcomm’s octa-core Snapdragon 675 processor that clocks at 2.0GHz.

The processor is paired with an Adreno 612 graphics processing unit and 4GB of RAM that ship alongside 128GB of internal storage space which can be expanded up to 512GB via microSD.