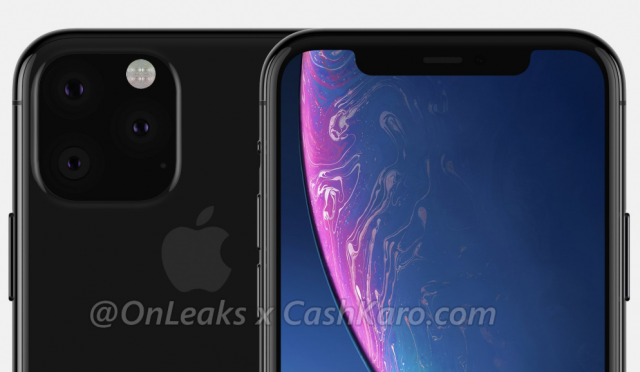 Even though Apple has started focusing more on software than on hardware lately, iPhones are still the company’s “bread and butter”. Apple has made a name for itself in the tech industry with its iPhone lineup and therefore, it should come as no surprise that everyone is highly anticipating to see what the Cupertino based tech giant has to offer in 2019.

Apple shocked the world back in 2017 when it launched iPhone X with a full-screen design. This design is so innovative that other tech companies didn’t have any other option than to copy it. Apple perfected the design in 2018 with iPhone XS and now, iPhone XI is expected to do the same thing. Fortunately, we don’t have to wait until September in order to get a glimpse at iPhone XI because a picture of the next-generation iPhone has just been leaked.

The newly leaked press render of iPhone XI was posted by the Steve H. McFly who is a popular leaskter that is also known as “OnLeaks”. Before we present the features that can be spotted in the leaked picture, we need to note that “OnLeaks” has a good track record of predicting upcoming smartphones and therefore, the leak is credible.

As we all know, iPhones are some of the most camera-centric smartphones in the world. Apple is always improving the quality of the camera setup of iPhones every year and from the looks of it, 2019 is not going to be an exception to that rule. The reason why we are saying this is because the new iPhone XI press render confirms to us that Apple has decided to take things to the next level and that it will equip iPhone XI with a triple camera-setup.