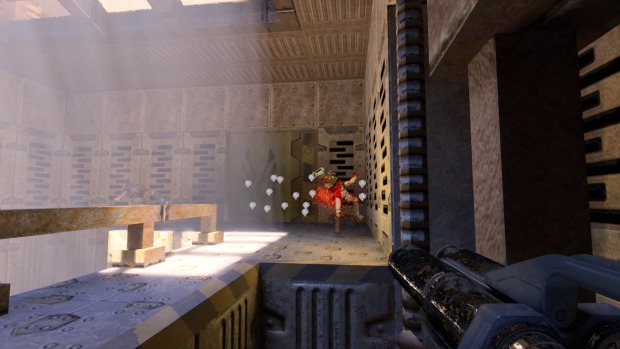 NVIDIA shocked the gaming community when it released a special version of Quake II which released in 1997. This is a fan-favorite game and what NVIDIA did was to add ray tracing which is enabled by NVIDIA’s RTX technology. The ray-tracing made Quake II look so good that you might think it was released this year. You can check out some additional images here.

Nonetheless, the reason why NVIDIA is making headlines today is because it has announced that it’s planning to use the RTX technology in order to refresh the graphics of other fan-favorite games that were released more than a decade ago.

The folks at DSOG have discovered that NVIDIA is now hiring a new producer for the Lightspeed Studios unit. The interesting thing about this job listing and what makes it stand out is the fact that the description for the job says that the producer will be in charge of a “game remastering program”. Furthermore, the job listing reveals how the new program add RTX ray tracing to classic titles.

Even though NVIDIA doesn’t want to announce which will be the classic games that are getting remastered via RTX ray tracing, the job listing did say that the project is about a game “you know and love”.

What is Lightspeed Studios?

If this is the first time that you are reading about NVIDIA’s Lightspeed Studios, then you should know that this unit was responsible for remastering the graphics of the aforementioned Quake II. Not just that, but Lightspeed Studios has also brought numerous games such as Half-Life 2 and Super Mario Galaxy to the Android mobile operating system via NVIDIA’s Shield devices.

With that said, we think it’s safe to say that the new “game remastering program” that NVIDIA is secretly working on is in good hands. Let us know us in the comments what is the game that you think NVIDIA is going to remaster.