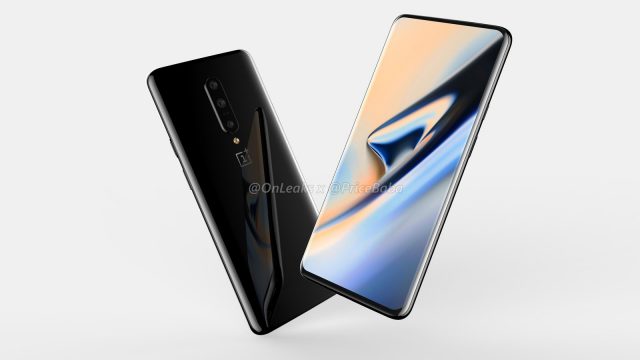 Even though we are only a couple of months away from the launch of OnePlus 7, we still don’t have that much information about the upcoming smartphone. Previous leaks have confirmed that OnePlus 7 is going to be a high-end smartphone that will ship with powerful hardware specs and now, a brand-new leak is showing us that OnePlus 7 is not going to ship alone. The upcoming flagship device is going to ship alongside a more expensive version of it called OnePlus 7 Pro.

OnePlus has confirmed that OnePlus 7 will launch on May 14th. However, what the Chinese based tech giant didn’t mention is that there will also be a OnePlus 7 Pro version of the smartphone that will launch at the same time. From the looks of it, OnePlus is taking a page from Apple and Samsung’s books since they both release premium versions of their already powerful flagship smartphones.

Nonetheless, we got lucky and OnePlus 7 Pro has been spotted on GeekBench. This is an online platform where tech manufacturers test the performances of their upcoming smartphones and therefore, the new OnePlus 7 Pro leak shows us the highlight specs that this next-gen smartphone will have to offer on launch day. 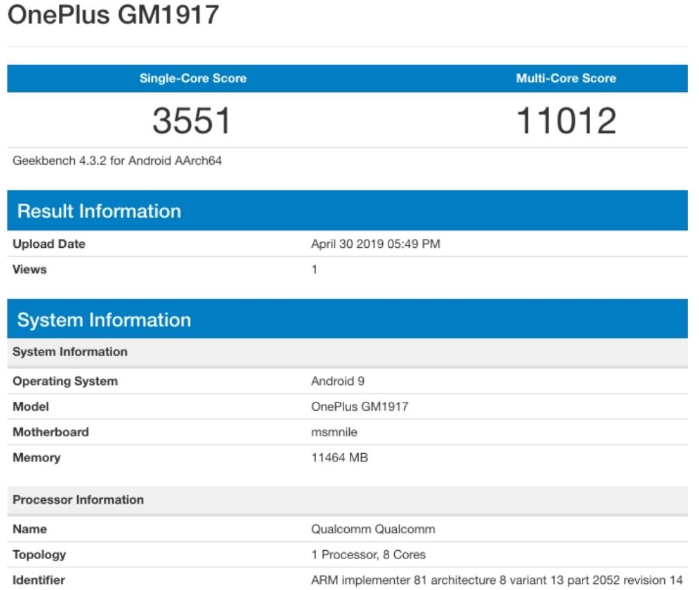 OnePlus 7 Pro scored a whopping 11,012 points in the multi-core test and 3,551 points in the single-core test. This is super impressive and its all thanks to the Snapdragon 855 CPU that is hiding beneath its hood.

For those who aren’t familiar with the Snapdragon 855 CPU, they should know that this is the most powerful mobile processor available on the market right now.

We should also mention that the octa-core processor has been paired with 12GB of RAM and that OnePlus 7 Pro runs on Google’s latest Android 9.0 right out of the box.