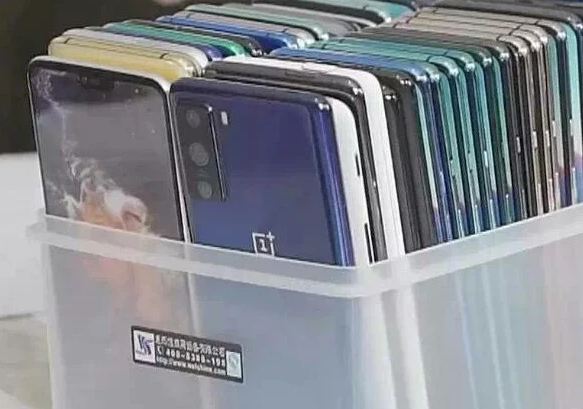 Chinese smartphone manufacturers have historically had a difficult time competing against the likes of Samsung, Apple, and Google. However, things have changed during this past couple of years with Huawei becoming the world’s second-biggest smartphone manufacturer. Although, Huawei is not the only Chinese based company that is making waves in the smartphone industry. OnePlus keeps launching amazing smartphones and this hasn’t gone unnoticed by the public.

OnePlus 8 is the latest flagship device from the company and it is renowned for its impressive hardware performances. Well, a new leak is showing us that OnePlus wants to do more than compete against other flagship devices and it is adding the finishing touches to a “Lite” version of the flagship device that will feature an affordable price tag.

Since OnePlus is one of the world’s biggest tech companies, it shouldn’t come as a surprise that tech leaksters have made it their top priority to find every unreleased press renders that go through the company’s email chain letter. This is how the leaksters were able to get their hands on a live picture of OnePlus 8 Lite. The interesting thing about this is the company has yet to announce the smartphone.

The triple-camera setup feature has already become “standard” on all flagship devices but now, OnePlus is bringing it into the “Lite” section. Another highlight feature that we want to mention is the full-screen design of OnePlus 8 Lite. This is quite impressive and it makes the device look just like Apple’s latest iPhones from the front side.