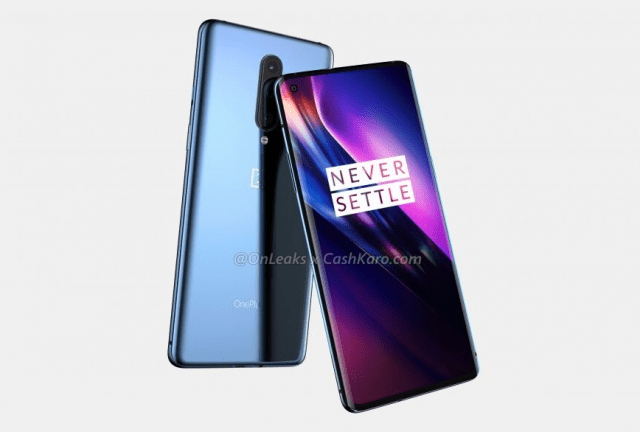 Even though OnePlus 7T is scheduled to launch next week, the Chinese based tech giant is already adding the finishing touches to its successor. OnePlus 8 is a 2020 flagship and fortunately for us and other OnePlus fans, an official press render of the next-generation smartphone has just been leaked. The press render is showing us the premium design of OnePlus 8 and more importantly, it also highlights some important features.

Right from the start, we want to mention that OnePlus 8 is going to sport a premium design. The smartphone is equipped with a glass panel on the rear that features a vertical camera setup. This is a nice improvement in comparison with the circular module that OnePlus has used in the past. In addition, the rear side also features a LED flash and the standard OnePlus logo.

Furthermore, OnePlus 8 seems to feature an aluminum frame that is fit tightly between two glass panels. To make things even better, the aluminum frame is equipped with a USB-C port, speaker, a SIM card slot, volume rocker, power key and an Alert Slider on the right side.

Now that we have analyzed the rear side of OnePlus 8, let’s take a look at the front. The smartphone is equipped with a curved edge display which looks great, especially when compared to previous models. The display sports a punch-hole selfie camera that is similar to the one that Samsung used on the design of Galaxy S10.

While the internal hardware of OnePlus 8 has yet to be leaked or announced, we think it’s safe to expect the flagship smartphone to be powered by Qualcomm’s upcoming Snapdragon 865 CPU which is going to be paired with 8GB of RAM and 128GB of internal storage space.