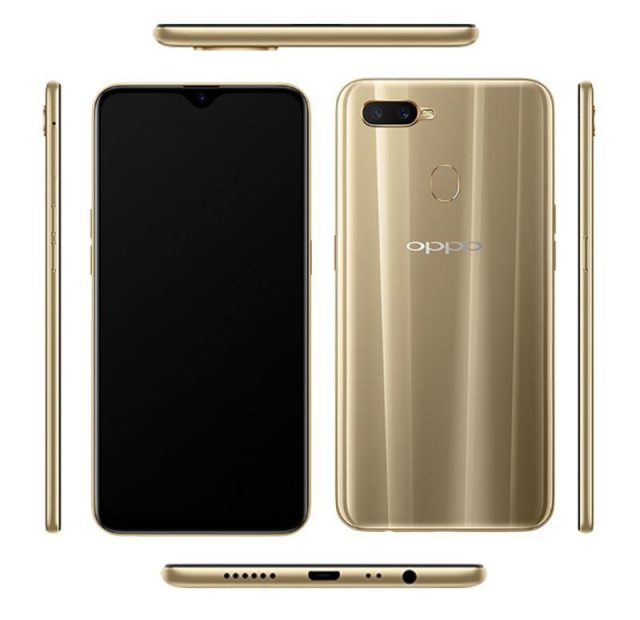 Rumors have been hinting towards the fact that Oppo is getting ready to launch a new flagship smartphone called A7 that will have the necessary hardware parts and premium features to compete against the likes of Galaxy Note 9 and iPhone XS Max. On the downside of things, no one knew when the new smartphone was going launch, until now.

Fortunately for us and other smartphone fans, the official press render of Oppo A7 has surfaced on the web. To make things even better, the leaked press render was accompanied by the smartphone’s full specs sheet and official launch date. With that said, let’s check out everything there is to know about Oppo A7.

The first thing we need to talk about Oppo A7 is the device’s launch date. This might come as a surprise because Oppo didn’t market the new smartphone at all, but Oppo A7 is scheduled to launch on November 11th. This means that we don’t have to wait that long until Oppo A7 gets listed for pre-order.

As the leaked press render (featured above) clearly shows us, Oppo A7 is a spectacular looking smartphone. The sleek design is surely going to give Oppo A7 an edge over its competition. In addition, the leak press render reveals that Oppo A7 will still feature a classic 3.5mm auxiliary which is a nice touch.

The best thing about the leaked Oppo A7 press render is the fact that as previously mentioned, it also revealed the full hardware specs sheet of the smartphone. Therefore, Oppo A7 will be powered by a Snapdragon 450 CPU that clocks at 1.8GHz.