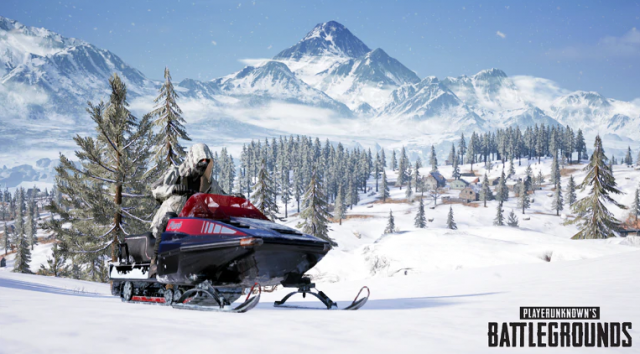 Even though PUBG was the first game to introduce the Battle Royale mode to the mainstream, Fortnite has taken the lead. Not just that, but PUBG has been losing some of its players to other titles such as Call of Duty: Black Ops 4 which also let players enjoy an action-packed adventure.

Nonetheless, the developers behind PUBG are more eager than ever to release new updates so that they can keep competing. With that being said, the new Vikendi snow map is now available on the PTS.

Unlike Fortnite and Call of Duty: Black Ops 4, PUBG gives players a variety of maps that they can choose sand a brand-new one has been added. The map is called Vikendi and its snow-themed, thus making it perfect for the Holliday Season. PUBG fans can check out the new map on PC by accessing the PTS (Public Testing Server) starting today.

While the map might be available on the PTS, it will only be made available to all PC players on December 19th. Furthermore, PlayStation 4 and Xbox One players who want to try out the new map will need to wait until January. Now, let’s check out the patch notes for the new map.