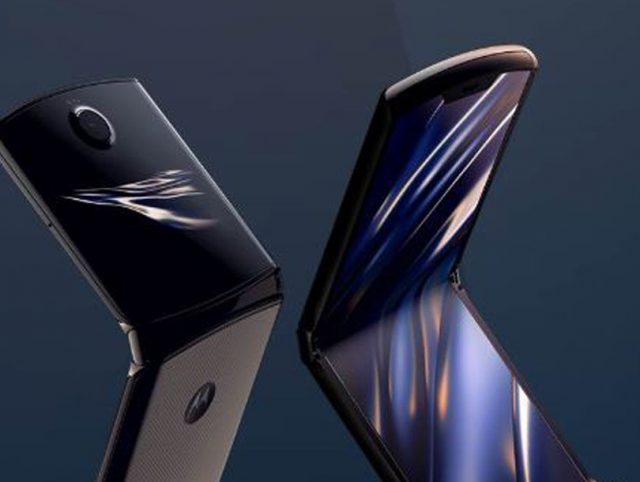 Motorola announced recently that it will launch the much-anticipated RAZR smartphone which features a clamshell design on December 26th. Verizon is the only US carrier that is accepting pre-orders for the smartphone and the price is set at $1,500. The new smartphone is quite expensive and despite that, it doesn’t deliver outstanding specs being powered by a Snapdragon 710 SoC that is paired with 6GB of RAM and a 2,510 mAh battery. However, Motorola is hoping that nostalgia is going to boost the sales of Razr.

Nonetheless, the reason why we are talking about the clamshell smartphone is because the folks at LetsGo Digital have managed to get their hands on a Motorola patent that comes directly from the US Patent and Trademark Office (USPTO). This patent is showing us that a new Razr smartphone is going to ship soon and that it will feature a “Cumulative Sensor”.

What is the Cumulative Sensor?

The leaked patent shows that Motorola’s upcoming smartphone will fold along the horizontal axis of Razr 2. Not just that, but Razr 2 will also include various sensors on the side (two above the hinge and two below). From what we can tell, the new touch sensors can be used as a virtual button when Razr 2 is open or closed. 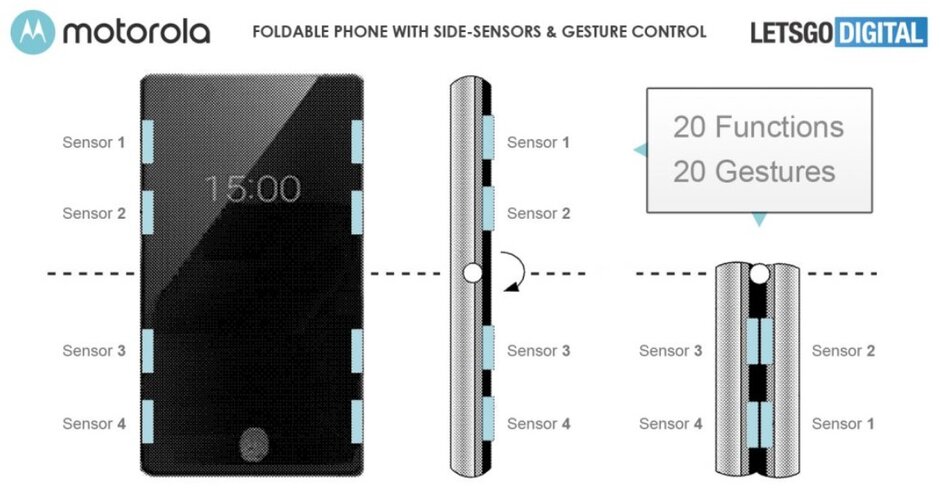 The most interesting thing about the leaked Razr 2 patent is the fact that it confirms the new Cumulative Sensor will feature 20 different functions and 20 different gestures.

In addition, the fingerprint scanner will be located near the bottom of the chin. This is leading us to believe that Razr 2 might ship with an in-display scanner.