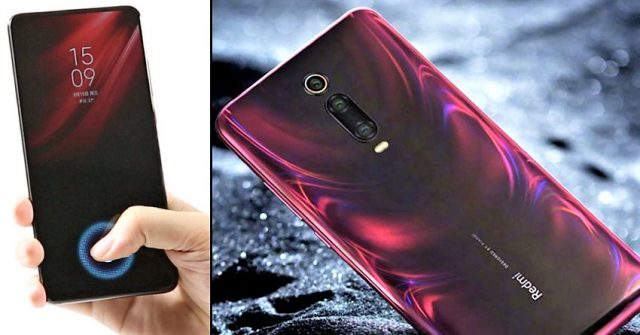 Xiaomi has announced earlier today that its sub-brand called “Redmi” has sold more than 10 million smartphones on a global level. This is an impressive milestone and it shows us that Redmi is slowly but surely becoming one of the world’s biggest smartphone manufacturers. The Chinese based tech giant also announced that it’s planning to launch a new smartphone called K20 tomorrow.

The smartphone is expected to arrive alongside Redmi K20 Pro and fortunately for all Redmi fans, no one needs to wait one more minute in order to see what Redmi K20 is going to look like because the smartphone’s specs have just been leaked.

As we can clearly see in the leaked pictures, Redmi K20 is going to ship with a sleek looking full-screen design. However, this shouldn’t come as a surprise to anyone since Redmi’s smartphones are renowned for their impressive designs and affordable prices.

From the looks of it, Redmi K20 is also going to feature a rather innovative pop-out selfie camera which is the reason why Redmi was able to equip the upcoming smartphone with a full-screen display.

If you thought that the smartphone’s press renders looked impressive, then you should be pleased to find out that Redmi K20 was also spotted in a GeekBench listing where it scored 7,096 points in the multi-core test and 2,569 points in the single-core test.

The reason why Redmi K20 managed to pass all GeekBench processor tests with flying colors is because it is powered by Qualcomm’s Snapdragon 730 chipset.

The more expensive Redmi K20 Pro model is said to be fueled by the more powerful Snapdragon 855 chipset. We also want to mention that Redmi has paired Redmi K20’s Snapdragon 730 CPU with 6GB of RAM.