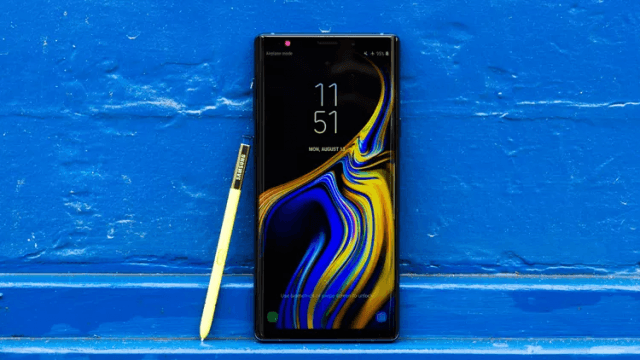 Even though Samsung’s next-generation flagship Galaxy Note 10 is going to ship with a slew of impressive hardware parts, the most important one is always the processor. With that said, we have some great news to share with Samsung fans who are looking to pre-order the upcoming smartphone. Samsung has confirmed that it has built a new chip using 7-nanometer EUV (extreme ultra-violet) silicon manufacturing technology. The chip is called Exynos 9825 and it features four Cheetah M4 cores.

The South Korean based tech giant has just revealed a new chip called Exynos 9825 and it uses the same technology that was used when building the powerful Exynos 9820. As previously mentioned, Exynos 9825 is going to feature four Cheetah M4 cores and it will be paired with a Mali-G76 graphics processing unit.

Samsung has yet to reveal the official die size or key processor CPU and GPU clocking speeds but we can be sure that the performances offered by Exynos 9825 are outstanding. After all, this is a new chip that is going to be used on a next-generation flagship smartphone.

We also want to mention that Exynos 9825 is going to ship with a 4G LTE model that clocks at 2Gbps. Furthermore, the chip will feature Samsung’s highly innovative “neural processing unit” that is used in order to power AI (artificial intelligence) photography and AR (augmented reality) features.

On the downside of things, Exynos 9825 is not going to support 5G connectivity. Luckily, Samsung has a solution for this problem and it will use the Exynos Modem 5100 for the 5G variants of Galaxy Note 10.

The last thing that we want to note is that Samsung always uses the versions of its smartphones which are powered by Exynos chips in South Korea. Therefore, Europeans and Americans are going to receive the Snapdragon 855 version of the smartphone.