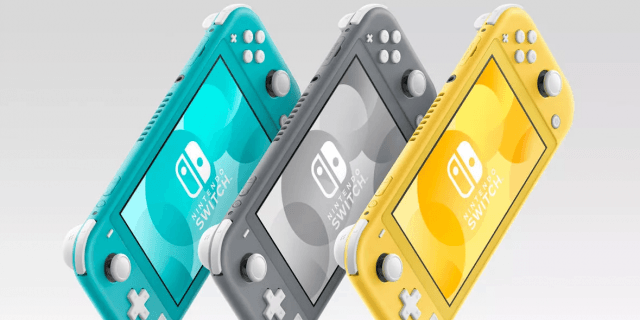 While Sony and Microsoft are looking to launch their next-generation consoles that are going to offer impressive gaming performances, Nintendo is focusing on something entirely different. After many leaks, the Japanese based tech giant has announced that it’s planning to launch a Lite version of its popular Nintendo Switch that will cost $200. This is going to be a handheld console and it will launch on September 20th.

The reason why we are talking about Switch Lite today is because it looks like Nintendo has “forgot” to mention something quite important. According to multiple reports, Nintendo is going to launch different versions of Switch Lite that are designed to extend the platform’s lifecycle.

Katsuaki Nomura is the Vice President of Sharp and he recently revealed that Nintendo is developing a special display technology for upcoming Switch models. The Vice President said that Sharp is going to provide Nintendo with new display panels called IGZO. These displays panels are going to be used on a videogame client that is owned by Nintendo.

For those who are unfamiliar with the IGZO display panels, they should know that these are high-end displays that Sharp is using on its latest 8K TVs and Aquos smartphones that use impressive dual-notch R2 technology.

Furthermore, we know thanks to previous leaks that the $200 Switch Lite is going to feature a 720p screen. Well, it seems like Nintendo is planning to create a more premium version of Switch Lite that is going to use the new display panels made by Sharp.

Even though Nintendo has yet to confirm or deny if it will launch multiple Switch Lite models, we are hoping that this proves to true. After all, who wouldn’t want to have a portable console that features a larger number of pixels?