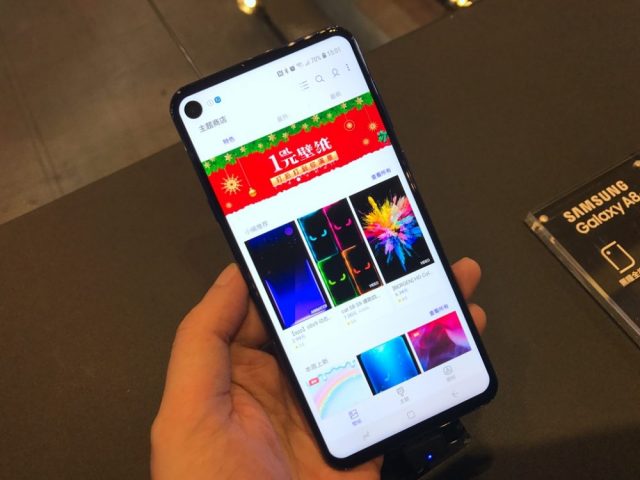 One of the best things about being a Samsung fan is that you never know what to expect next. Samsung is renowned for always working on new smartphones and launching them by surprise. Luckily for us, we don’t always have to wait for Samsung to surprise us with its new smartphones because they get leaked online and this is exactly what happened with Galaxy A8S today.

We reported on Galaxy A8S two days ago when the smartphone made an appearance in a TENAA report, but now, the smartphone has been spotted in the wild and its specs have been revealed. With that said, let’s check out everything there is to know about Samsung’s upcoming smartphone.

The first feature that stands out when looking at the leaked pictures of Galaxy A8S is the smartphone’s punch-hole design. This is the Infinity-O display that Samsung has been saying that it’s better than Apple and Google’s top-notch. Nonetheless, the design looks great but let’s check out what Galaxy A8S hides beneath its hood.

The unique punch-hole display measures in at 6.4-inches and it uses Full HD+ technology. Moreover, the display features a 19.5:8 aspect ratio and it is fueled by a Qualcomm Snapdragon 710 processor. The processor is available with 6GB or 8GB of RAM. Galaxy A8S will ship with 128GB of internal storage space, but we can be sure that the smartphone will also support microSD cards.

Just like you would expect from a smartphone made by Samsung, Galaxy A8S will feature high-end camera specs. Galaxy A8S is equipped with a triple camera-setup on the rear side which features 24MP + 5MP + 10 MP. In addition, people who enjoy taking selfies are going to love the new smartphone because it also comes with a 24MP selfie camera.