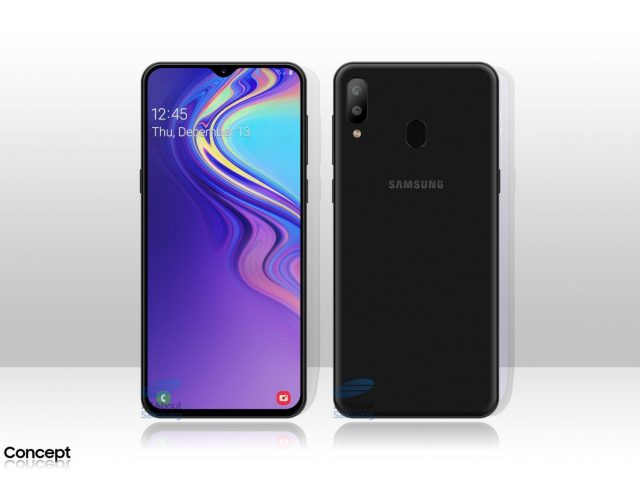 Even though it might not seem like it, 2018 was not a great year for Samsung. The tech giant’s flagship smartphone Galaxy S9 didn’t sell as well as expected and Samsung’s CEO DJ Koh was even required to arrange a meeting with the company’s business partners and promise them that 2019 is going to be a much better year.

Samsung is also working on a new mid-range lineup called Galaxy M. This lineup will include two smartphones and they are called Galaxy M20 and Galaxy M30. Luckily for us, the folks at “allboutsamsung” have managed to get their hands on some valuable information about Galaxy M20 that reveals to us what kind of features the device will have to offer. With that said, let’s get into it.

The first thing that we need to mention about Galaxy M20 is that it’s going to be Samsung’s first ever smartphone to ship with a waterdrop design. This design is superior to the one used by Apple because it doesn’t take up as much space on the display. In addition, the new leak shows that Samsung wants to equip Galaxy M20 with a massive 5,000 mAh battery.

Galaxy M20 will measure in at 156.4 x 74.5 x 8.8. Therefore, Galaxy M20 will be 1 mm thicker than the recently released Galaxy A8s. In addition, Samsung’s new mid-range smartphone will ship with a dual camera-setup on the backside which features 13MP + 5MP and a smaller selfie shooter of 8MP that will be mounted inside the waterdrop notch.