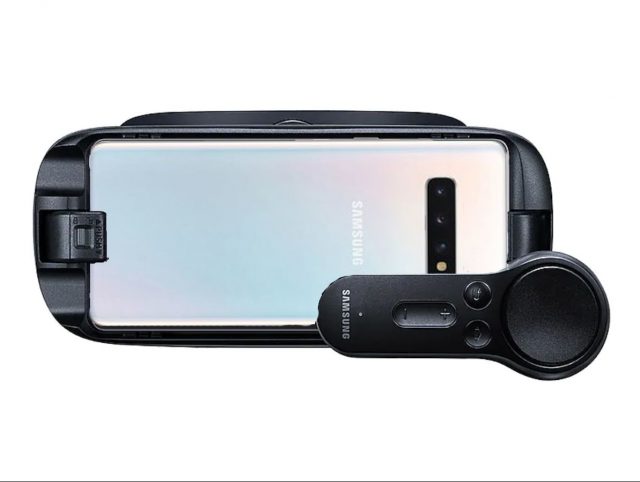 The VR technology market was booming a couple of years ago and Samsung was one of the first companies to capitalize on that by launching the Gear VR headset. The market stopped expanding at such a fast rate and Samsung pulled back. However, this doesn’t mean that Samsung has forgotten about VR technology.

As everyone already knows by now, Samsung has revealed its highly anticipated Galaxy S10 yesterday during the Mobile World Congress event. One of the most interesting things that Samsung said during the panel is that the brand-new Galaxy S10 supports the already existing Gear VR.

During the Galaxy S10 panel, someone asked the Samsung spokesperson if the new smartphone supports the company’s Gear VR to which the spokesperson answered with” Yes, the latest model Gear VR will work. Gear VR comes with an adapter that will work on Galaxy S10.

The interesting thing about this VR adapter is that Galaxy S9 also supported it. However, Samsung didn’t bundle the adapter with the smartphone and all Galaxy S9 users who wanted it needed to email Samsung and ask for it. From the looks of it, the VR adapter might ship in the same box with Galaxy S10.

We should also mention that Galaxy S10 is going to ship with preloaded software that makes it compatible with the latest Gear VR model. Therefore, this shows us that Samsung has not given up on the VR technology yet and that the South Korean based tech giant might be planning to launch a new Gear VR headset during the upcoming future.

Although, we advise everyone to take this with the necessary grain of salt because after all, this is all speculation. Let’s hope that Samsung does launch a new Gear VR headset so that it can revitalize VR market.