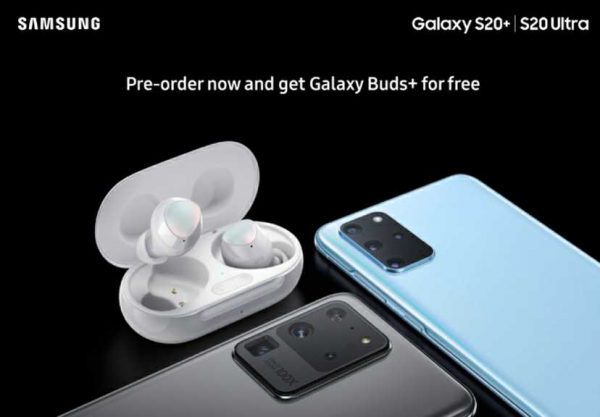 If you are paying attention to the tech media, you will quickly notice that Samsung is making headlines every single day and there is a good reason behind that. The South Korean based tech giant has officially announced that its upcoming Galaxy Unpacked event will take place on February 11 and that is when we will finally see the next-generation Galaxy S20 series.

Since Samsung is such a massive company, it’s quite difficult for Samsung to keep secrets. This is why Evan Blass who is a renowned leakster has managed to get his hands on a new leak that confirms and exciting rumor about the Galaxy Buds+.

We have some great news to share with Samsung fans! According to the leak provided by Evan Blass, Samsung is now offering free Galaxy Buds+ to all fans who pre-order the Galaxy S20+ and Galaxy S20 Ultra models.

This is quite unexpected since all other tech companies (we’re looking at you, Apple) are selling their wireless earbuds separately from their flagship smartphones.

When are the Pre-Orders Available?

With that said, Samsung fans who are interested in purchasing the Galaxy S20+ and Galaxy S20 Ultra models should make sure to place a pre-order and get a free pair of Galaxy Buds+. Samsung confirmed that the pre-orders will go live on March 13 and that the number of free Galaxy Buds+ is limited to the number of buyers.

We also want to mention that the new generation of Galaxy Buds+ ship with lots of improvements. For example, Samsung has equipped the earbuds with a larger battery that can last for as much as 12 hours on a single charge! This is quite impressive and it’s a major improvement in comparison with the current Galaxy Buds models.