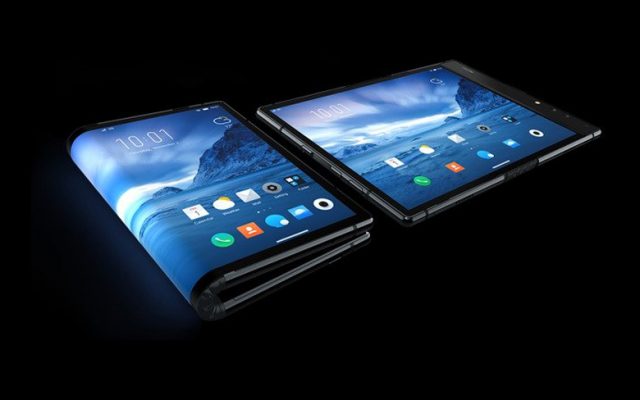 Samsung has spent the last couple of months teasing a new foldable smartphone but didn’t want to show it. Fortunately, the wait is now over because Samsung revealed the new smartphone and it uses an Infinity Flex Display which can make the huge device fit in a pocket after folding in two. The display technology is innovative and it’s surely going to get customers interested in the device.

The Future Is Here

Everyone has been waiting for Samsung to reveal this smartphone for a long while and it finally happened yesterday during Samsung’s developer conference. Justin Denison who is the Senior Vice President of mobile product marketing got on stage and said the following: “There’s a device insider here, and it is stunning.”. The Senior Vice President then took out a tablet-like device that can fold in two and become a smartphone in a matter of seconds.

The device ships with a 7.3-inches display that can be used as a tablet or as a smaller smartphone if folded in half. Justin Denison said during the reveal event that the new smartphone will be able to run three apps at the same time via a new feature called “multi-active-window”. This feature is exclusive to Samsung smartphones and companies such as Apple and Google are expected to release something similar in the upcoming future.

Everyone who attended Samsung’s developer conference was left in awe after seeing the innovative device and the question that was sitting in everyone’s minds was when will the new smartphone launch? Well, Justin Denison said that Samsung is not going to make the smartphone available for purchase too soon because the Infinity Flex Display has yet to enter the mass production phase. The Senior Vice President predicts that the new smartphone will hit the markets in the next couple of months.