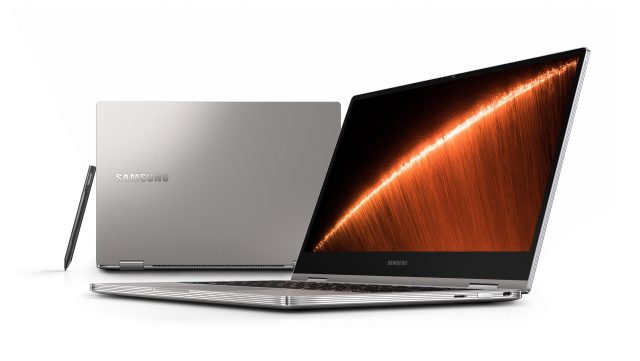 We think it’s safe to say that Samsung is one of the world’s biggest tech companies, if not the biggest. Therefore, no one should be surprised that Samsung decided to host a panel during this year’s CES (Consumer Electronics Show) event that takes place in Las Vegas and to announce all its upcoming gadgets and devices.

The devices that stood out the most out of everything that Samsung announced yesterday were the Notebook 9 Pro and Notebook Flash. With that said, today we are going to present you with everything there is to know about Samsung’s new laptops.

When it comes to specs, Notebook Flash will feature entry-level Intel CPUs, 4GB of RAM and 64 GB of internal storage space. If the laptop doesn’t look that impressive, it’s because it is not supposed to. This is an entry-level laptop that costs $350 and its specs reflect that.

While the Notebook Flash might not look that impressive, this is not the case for Notebook 9 Pro. This 13-inch laptop ships with an integrated Intel CPU that is paired with 8GB of RAM and 256GB of flash storage space.

To make things even better, Notebook 9 Pro also features two Thunderbolt 3 ports, one USB Type-C port and a microSD slot for extra internal storage space. On the downside of things, the price for Notebook 9 Pro has not been disclosed, but it’s definitely going to be more expensive than $350.

It’s great to see that Samsung has decided to expand its offerings and to take a leap from smartphones to laptops. Considering that Samsung is renowned for its premium quality products, the two new laptops are surely going to become bestsellers.