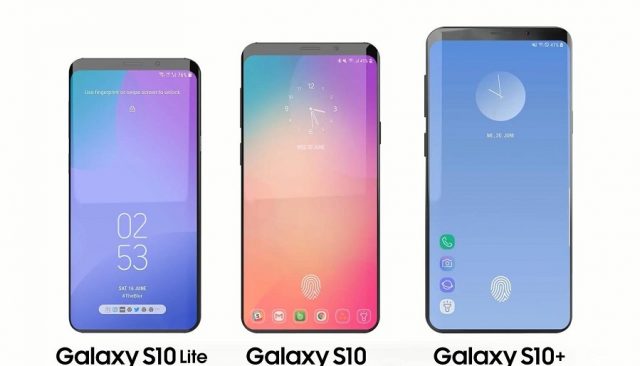 The next year is going to be a great one for Samsung fans, but not just that. Smartphone fans all around the world should be happy to know that Samsung is planning to launch Galaxy S10 in 2019 because this smartphone is going to feature so many cool features that it will innovate the entire smartphone industry and all other tech companies will have no other option than to “borrow” some of those features such as the recently leaked Infinity-O display.

Nonetheless, the reason we are talking about Galaxy S10 today is that a new leak revealed that there will be three models of Galaxy S10 and not just one. The models are dubbed as “SM-970X”, “SM-G973X” and “SM-G75X”.

The first thing that we can take from this is the fact that Samsung wants to make sure all its customers can afford to buy a Galaxy S10. This means that Samsung will launch a premium flagship version of Galaxy S10, a stock version and a downgraded model that will be equipped with an affordable price tag.

What’s interesting is that three Galaxy S10 models have been certified by the CMIIT (China Ministry of Industry and Information Technology) which implies that Samsung is already adding the finishing touches them. Therefore, the three smartphones will be ready to launch in early 2019 during the Mobile World Congress that takes place in February.

Even though we know that Samsung’s next-generation smartphones have been certified by the CMIIT, the reports don’t include any information about their exclusive features or hardware specs. However, we can be sure that all smartphones will be powerful since will more than likely equip the three Galaxy S10 models with the best CPUs and GPUs available on the market because they will represent the best that Samsung has to offer.