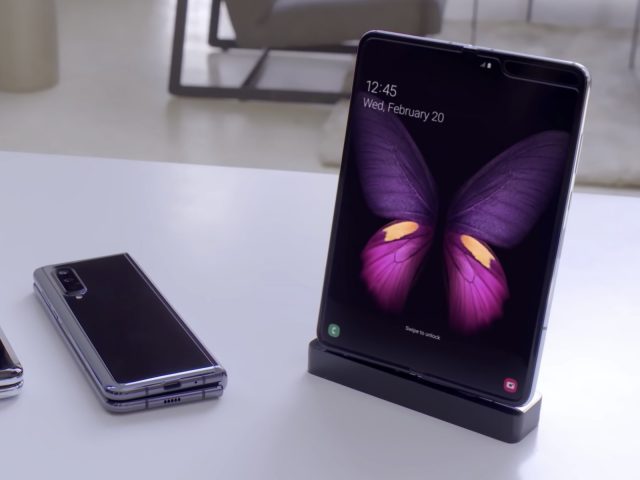 Samsung unveiled the highly innovative Galaxy Fold during the MWC (mobile world congress) event and everyone was left in awe after seeing the folding display technology that this smartphone offers. On the downside of things, Samsung also shocked everyone when it announced that Galaxy Fold will feature a whopping $2,000 price tag. Well, it looks like the technology that Galaxy Fold delivers is more than worth it because Samsung has run out of stock after listing the smartphone for pre-order.

The South Korean tech giant listed Galaxy Fold as available for pre-order on Sunday night and the smartphone has now sold out. Everyone who wants to purchase the new foldable smartphone Samsung will need to wait at least one more month until Samsung manufacturers the second batch and puts it up for sale.

What’s interesting about this is that no one believed that Galaxy Fold is going to be a bestselling device. After all, the $2,000 price tag makes the smartphone worth more than some cars. However, Samsung fans proved once again that they are loyal and no one can blame them for spending $2,000 on a smartphone when Galaxy Fold is the world’s first foldable smartphone.

Obviously, the most important feature that Galaxy Fold offers is the folding display. This makes it possible for Samsung fans to turn the massive tablet into a small smartphone that can fit in their pockets in less than one second.

However, we shouldn’t forget that the foldable smartphone is also powered by a top of the line Snapdragon 855 CPU which features eight cores. The CPU’s primary core clocks at 2.84GHz and to make things even better, the CPU is paired with an Adreno 640 GPU and 12GB of RAM.