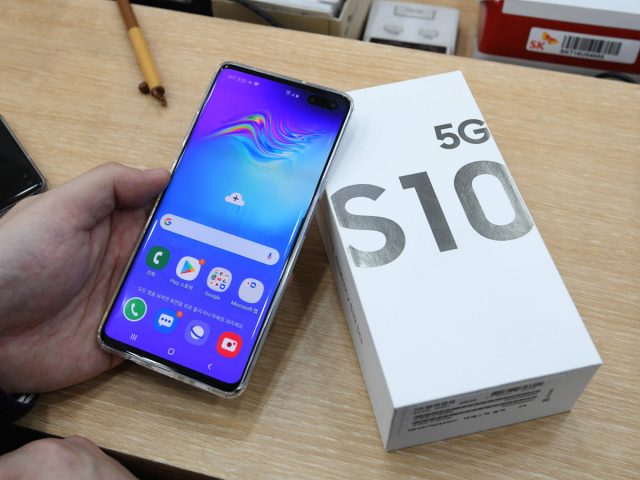 Samsung launched Galaxy S10 back in February but Samsung fans who wanted the premium version of the smartphone needed to wait until April in order to purchase the 5G enabled Galaxy S10. The new smartphone has recently arrived in South Korea which Samsung’s home country and we are already seeing reports from users who are complaining about its faulty performances. From the looks of it, the 5G enabled Galaxy S10 doesn’t work as intended and it blocks users from accessing LTE when they need it the most.

According to multiple reports, the premium version of Galaxy S10 connects to 5G networks without any issues. However, the powerful smartphone has problems when it comes to connecting to LTE after the user moves away from 5G. This means that Galaxy S10 loses its connection to mobile data once the user leaves the 5G area.

The real problem is that Galaxy S10 users are complaining that the smartphone will not connect to LTE even after its booted multiple times. The only solution that they have is to wait for the 5G enabled Galaxy S10 to connect to LTE by its own.

Even though there are many complaints about Galaxy S10’s issues with LTE, Samsung is saying that they haven’t received any bad feedback.

“We have never received such complaints and found no such problem. We surpassed 30,000 subscribers at 5:50 p.m. on the second day of launch of the Galaxy S10 5G,” said Samsung’s South Korean department.

Let’s hope that the complaints do arrive at Samsung’s headquarters and that the problem gets fixed via an OTA (over the air) update. Moreover, the 5G enabled smartphone is scheduled to launch in the US on May 16th and it will be exclusive to Verizon for a short period.