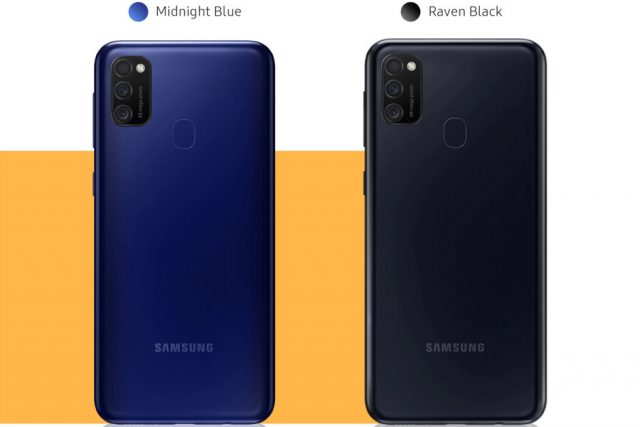 The reason why we are saying that is because Samsung has introduced a brand-new smartphone that fits in the mid-budget range. The smartphone is called Galaxy M21 and today we are going to cover everything there is to know about it.

As previously mentioned, the new smartphone is going to fit in the mid-budget range. This is why no one should be surprised to find out that Samsung is planning to sell the smartphone for $175 per unit. This is quite affordable, especially since Galaxy M21 looks just like a flagship device and it is equipped with a triple-camera setup.

The new smartphone is going to launch first in India but we can be sure that Galaxy M21 will see a global release during the upcoming months. In addition, Galaxy M21 is available in the Midnight Blue and Raven Block colors.

Despite being an affordable smartphone, Galaxy M21 is equipped with a triple-camera setup on the rear side. The camera setup features 48MP+5MP+8MP lenses and we can also see a 20MP selfie shooter on the front side of the smartphone. In addition, Galaxy M21 is equipped with a 6.4-inches AMOLED display that features FHD+ resolution and Corning Gorilla Glass 3 coating for extra protection.

Galaxy M21 is fueled by Samsung’s in-house Exynos 9611 CPU. This is an octa-core processor that is paired with 4GB/6GB of RAM and 64GB/128GB of internal storage space. We also want to highlight that Galaxy M21 is powered by a rather massive 6,000 mAh battery.