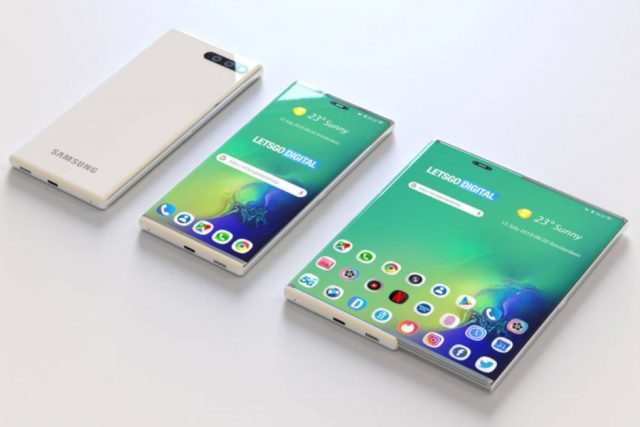 If there is something that everyone loves about Samsung, then it has to be the fact that the company is always innovating the smartphone industry with its products. Just take for example the latest Galaxy Fold which is the world’s first high-end foldable smartphone that ships with a massive full-screen display that can bend in two. On the downside of things, Samsung took a risk when it launched the innovative smartphone and it didn’t pay off because Samsung was forced to recall all sold Galaxy Fold units.

Now that the entire Galaxy Fold fiasco is over, the South Korean based tech giant is ready to take things to the next level. What we mean by this is that Samsung has been spotted submitting a patent for a smartphone that is equipped with a slide-out screen. With that said, let’s go ahead and check out everything there is to know about Samsung’s upcoming smartphone.

The first thing that we want to mention is that the patent that Samsung has received for the highly innovative smartphone comes from the KIPO (Korean Intellectually Property Office) which means that it’s as official as it can get. What’s interesting about the KIPO patent is that it classified the new device that features a slide-out display as a smartphone that can be transformed into a tablet.

A New Design for Galaxy Fold

From what we can tell, it seems like Samsung has realized that equipping Galaxy Fold with a massive display that can fold was a bad idea and it came up with a new and improved design. The smartphone is still going to turn into a tablet but the difference is that the user will be able to pull out the display from the right side of the smartphone instead of bending a bigger one.