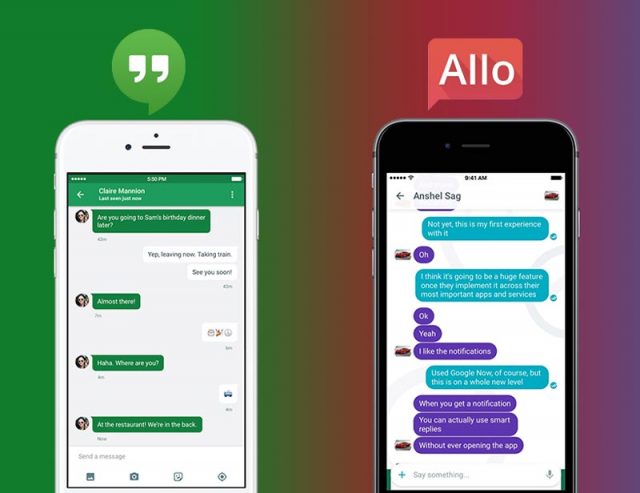 Ask any Apple fan which is the feature that they love the most and they will all say that its iMessage. Apple did an amazing job developing iMessage because it provides its users with a fast, secure and free way of communicating with each other. The great thing about iMessage is that it also acts as a “fence” between Android and iOS.

What we are trying to say by that is that Apple fans will never feel at “home” when they are on an Android smartphone because their friends that have iPhones will automatically send texts via iMessage and the texts will not arrive. The Apple fan is required to call customer support and get their number removed from the iMessage category. Nonetheless, Google has been trying to offer Android users the same texting experience and that’s why it has developed seven chatting apps.

The seven chatting apps that Android fans can access are Messages, Google Allo, Google Voice, Google Duo, Hangouts, Hangouts Chat and Hangouts Meet. However, more is not always better and Android fans often get confused between these apps. Therefore, Google has announced that it’s planning to remove two of those apps.

Google Allo and Hangouts are Being Removed

The Android parent has announced today that it will remove Google Allo and Hangouts. The reason why Google is doing this is because it wants to offer Android fans a “simpler and more unified communications experience” according to a recent Android blog post.

The shocking thing about this announcement is that Hangouts has been available for a couple of years now and it has been downloaded by more than one billion Android fans. However, it looks like Google is still going to remove it anyway. On the other hand, Google probably has the statistics that show Hangouts is not that popular anymore.