A fresh enigma has emerged from our solar system’s furthest planet. Since various ground-based telescopes have been monitoring Neptune for the last 17 years, astronomers have discovered an unexpected decline in the ice giant’s temperature increases, followed by a strong warming trend near the planet’s south pole.

Seasons in Neptune, which travels around the sun at a range of 4.5 billion kilometers, are similar to those on Earth, except they are considerably longer. An entire season on Neptune may endure upwards of 40 years since one year lasts for about 165 Earth-years on Neptune. In Neptune’s southern hemisphere, summers have been in effect since 2005.

After the southern summer solstice that year, astronomers started to monitor the planet’s air temperatures. Since then, around one hundred thermal scans of Neptune have shown a cooling of the planet by 14 degrees Fahrenheit 2003. A study regarding this issue was released recently.

Then, from 2018 to 2020, Neptune’s south pole saw a major warming event, with temperatures increasing by 20 degrees Fahrenheit.  Previously occurring cooling was halted totally by this warm polar vortex. On Neptune, this type of polar heating has never been observed before this time.

Gemini North and South telescopes in Chile, Hawaii’s Subaru Telescope, and the Keck Telescope of the European Southern Observatory in La Palma were all used to capture images as was NASA’s Spitzer Space Telescope. Thermal variations on Neptune were detected using infrared light produced by Neptune’s stratosphere (the stratum of the atmosphere above active weather).

It’s still a mystery as to why Neptune’s typical temperature is a frigid 340 degrees Fahrenheit.

For the time being, they’ve investigated a variety of possible causes for the sudden shifts in behavior.
Seasonal variations in Neptune’s atmospheric composition, which might affect how successfully the atmosphere cools, may be a factor in temperature fluctuations,  Random weather variations or even the 11-year solar output cycle may possibly have a role in influencing the climate. 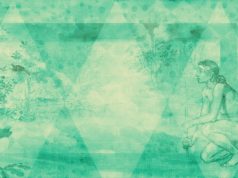