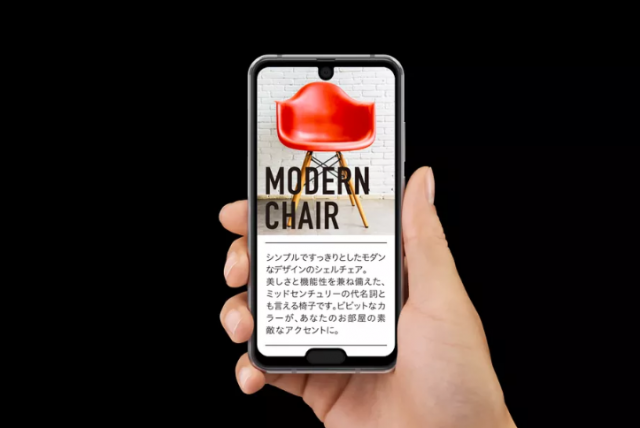 Even though Sharp might be known for its TVs and not for the smartphones that it creates, the tech giant is not giving up on its dream of becoming one of the world’s biggest smartphone manufacturers. Sharp has recently launched a new flagship smartphone called Aquos R2 Compact and it looks amazing. However, there is something that sets this smartphone apart from all its competition and it’s the fact that it ships with two display bezels and not just one.

As everyone can clearly see in the picture featured above, Aquos R2 Compact features two display bezels. This is an innovative design and it’s surely going to get tech fans interested in the new smartphone since it shows that Sharp is not one to follow in the footsteps of Apple or Google and that it wants to create its own look.

Since Aquos R2 Compact holds the title of being a flagship smartphone, no one should be shocked to find out that Sharp has equipped it with the best hardware parts available on the market right now. The smartphone ships with a 5.2-inches IGZO LCD display that beautifully wraps around the camera and the display. Moreover, the display offers a high pixel resolution of 2280 x 1080.

If we take a look under the hood, we are going to see that Aquos R2 Compact is powered by a Snapdragon 845 processor that is bundled with 4GB of RAM and a rather small 2,500 mAh battery. Furthermore, the smartphone features a massive 22.6-megapixel camera on the rear side that can snap spectacular pictures.

Aquos R2 Compact looks amazing and there’s no doubt about that. The smartphone is also equipped with high-end hardware parts, but the question that remains is if it will be able to compete against the likes of iPhone XS and Galaxy S9. Do you think Aquos R2 Compact stands a chance?