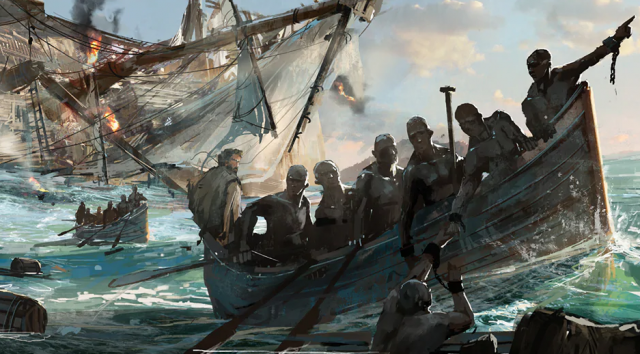 Ubisoft is working on a highly anticipated pirate game called Skull & Bones. The game was initially scheduled to launch in 2018 on PS4, Xbox One and PC but unfortunately, Ubisoft had to delay the launch of the game due to “unforeseen events”. Well, it looks the game might not arrive in 2019 either. The reason why we are saying this is because Ubisoft has announced today that Skull & Bones is not going to make an appearance during this year’s E3.

Skull & Bones is Not Coming to E3

E3 2019 is the event where all of the world’s biggest game publishers come to show off and advertise their upcoming products. Skull & Bones was expected to be present at the event with new gameplay footage but this is not going to happen. Ubisoft announced earlier today that Skull & Bones is probably going to launch in April 2020 and not in 2019.

In addition, the game publisher made the following statement in regards to the delay: “For new IPs, it is common to have evolutions of creative vision and this requires more development time”. This leads us to believe that Ubisoft has probably created a new narrative or new gameplay mechanics for Skull & Bones and that it needs to work on that before launching the game.

“We’re going to batten down the hatches and push back on the game’s arrival – this is challenging news for us all, but it’s what’s needed to make Skull & Bones as awesome at it can be! Our focus remains on quality first and we’re grateful for your undying support,” tweeted Ubisoft.

From the looks of it, Ubisoft wants to make sure that Skull & Bones is a AAA game that can compete for the GOTY (game of the year) title and it will not launch it before Skull & Bones runs without any issues.