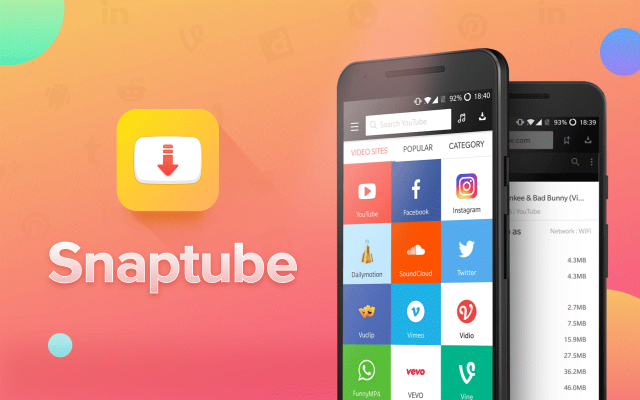 We have covered the top features that SnapTube has to offer in previous reports that everyone can check out here and here but today, we have something even better to share with you. The app has received a new update and we are going to cover everything there is to know about it. With that said, let’s get into it.

The new update for SnapTube has been released yesterday (June 11th) and it comes with a handful of under the hood software tweaks. For the uninitiated, under the hood software tweaks mean that even though SnapTube users will not see them as they would new features, they are certainly going to feel these tweaks because they are improving the speed at which SnapTube can download online videos and also boost its overall user experience.

SnapTube fans should be pleased to know that even though the update is being rolled out via official OTA (over the air) channels, there is an alternative way to download it. The developers of SnapTube have also released the new update in the form of APK. The acronym stands for “Android Package Kit” and obviously, this type of updates can only be installed on Android-powered smartphones.

The trick to installing this type of updates is that SnapTube users are required to manually download them on their smartphones, but not before enabling the “Unknown Sources” option from the Settings panel.