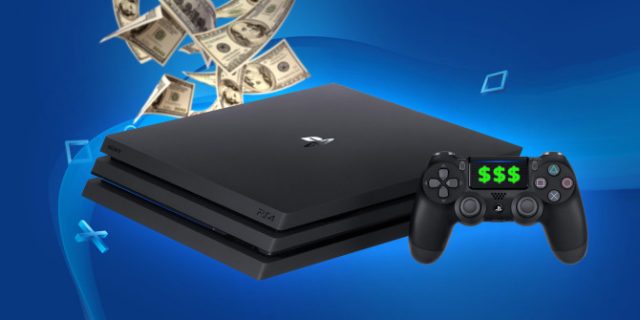 Sony and Microsoft are in a never-ending console war and from the looks of it, Sony is the one coming out on top this year. Sony has released its earnings reports which you can check out by clicking here and it revealed that is sold a whopping 3.2 million PS4 units between March 31st and June 30th.

Considering the fact that during its previous report, Sony announced that it sold a total of 96.8 million units, this means that Sony has now sold more than 100 million consoles in five years and seven months.

There’s always the question of just how many PS4 fans are out there and now we have an official answer. Another interesting thing that we want to mention is that also revealed for the first time ever that most PS4 fans are buying comes in the form of digital downloads rather than physical discs. This is showing us why all gaming companies, including Microsoft, have started focusing more on their subscription-based digital game offerings.

PlayStation fans have been waiting for Sony to launch PS5 for years now and from what we can tell, Sony has a pretty good reason not to rush. The reason why PS5 is taking so much to launch is because PS4 is still doing really well.

The sales for gaming console haven’t dropped too much during this past couple of years and we don’t need any more proof of that other than the fact that Sony sold 17.8 million PS4 units in 2019.

On the bright side of things, Sony did confirm that the official launch date for PS5 is scheduled in the fall of 2020. The new console is going to ship with all kinds of extraordinary features such as SSD storage, ray-tracing 8K and much more.