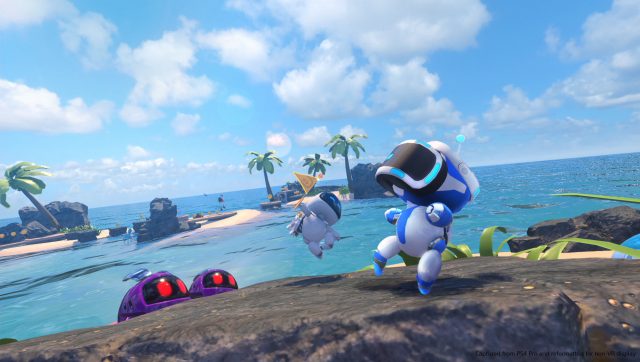 Sony prides itself in the fact that it cares deeply about what its customer base thinks and the tech giant proves that by making changes to the software of PlayStation 4 according to the feedback that it receives. Not just that, but Sony also likes to give back to its fans and with that said, no one should be surprised to find out that Sony has decided to get into the holiday spirit a little bit earlier and started giving away free copies of PlayStation VR exclusive games to some PlayStation 4 owners.

Sony is Giving Away Free Games

Numerous reports from PlayStation 4 owners are showing that Sony has randomly started giving away free copies of Astro Bot Rescue Mission. This is a premium VR (virtual reality) game and Sony also sent an email to the lucky PlayStation 4 owners who received the game for free.

“No catch, no strings… we’re just giving you a free PlayStation VR Game. Download the award-winning Astro Bot Rescue Mission… and blast off on an epic adventure to save Captain’s Astro’s missing crew-bots. Use your exclusive voucher code at PlayStation Store now,” said Sony in the email.

Who is Getting The Free Games?

On the downside of things, Sony has yet to reveal the process of selection it used when choosing who should receive the free Astro Bot Rescue Mission copies. Sony is probably just looking to thank customers who purchased PlayStation VR and to also give those who didn’t a good reason to buy the gadget.

The last thing that we want to cover is that the game that is Sony is giving away for free is not a cheap one because it has a price tag of $20. This is a premium-ranked VR game and it has a score of 90 on Metacritic.