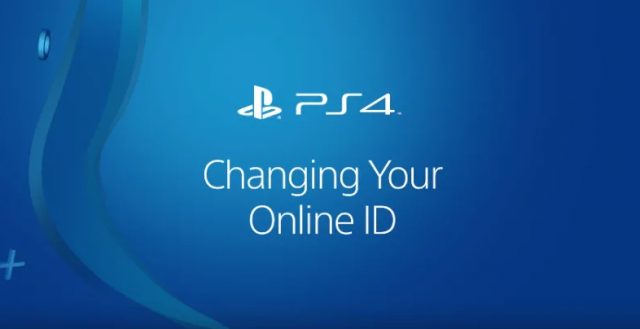 Sony is renowned for listening to the feedback that its fans send and for making changes according to that feedback. This is why we had such a difficult time understanding why Sony doesn’t want to make it possible for PlayStation fans to change their PSN IDs. PlayStation fans have been asking for this feature for a long time and fortunately, Sony has finally decided to listen.

You Can Now Change Your PSN ID

“We’re excited to announce that the online ID change feature on PSN is officially launching to all PlayStation 4 owners later today. You’ll also be able to change your online ID via a web browser, and that feature will also be available starting today. Thanks to all of you who participated in the beta preview program back in October/November and who gave us your feedback,” said Sony in its recent blog post.

The only downside about the new change that is coming to PSN is that PS3 and PS Vita users will not be able to change their IDs. The reason behind this is that as Sony mentioned in its statement, PlayStation fans can only change their PSN ID via a web browser and neither PS3 nor PS Vita have access to this feature

The great thing about Sony introducing the ability to change the PS ID is the fact that Sony is not charging a single dime for this service for the first time that PlayStation fans are doing it. However, Sony did announce that the price for multiple PSN ID Changes will cost $10 and $5 for PS Plus subscribers.

While this might not be a groundbreaking change to PlayStation, it’s still a welcomed feature. Moreover, it shows to everyone that Sony is paying close attention to what its fans are asking for.