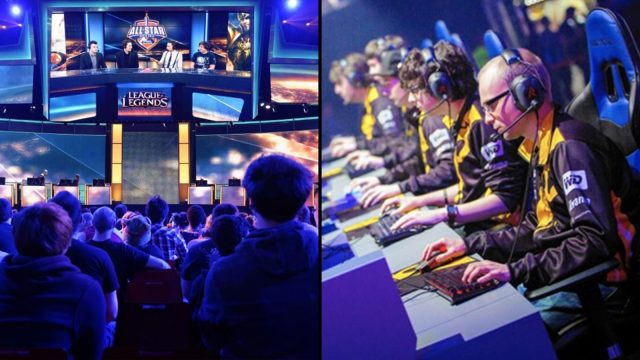 Did you recently buy a PlayStation VR headset? If your answer is yes, then we have some amazing news for you! Sony has filed a new patent called “Spectator View Into An Interactive Gaming World Showcased In A Live Event Held In A Real-World Venue” for PlayStation VR which is going to make the eSports experience even more amazing than it already is.

The picture featured below shows us how Sony ‘s new PlayStation VR feature will work. The camera and microphones are going to be embedded in the fabric of the eats and there will also be proximity sensors so that Samsung can know the seat is empty or not.

PlayStation VR will feature a special mode that will make it possible for users to view inside the game that is being played on stage. In addition, PlayStation VR will also feature image toggling which means that users can switch between audience and in-game view. There will also be hybrid modes that will be implemented augmented reality in order to show models from the game inside the arena.

eSports is Taking Over

eSports is the new-age media and millions of people from all over the world attend these events or watch them live on streaming platforms such as Twitch. The world’s most popular games have their own eSports league and we have to give it to Sony for deciding to invest in technology that will improve the eSports experience because this will increase the popularity of its products.

We should mention that Valve has already introduced a special spectator mode for the DOTA 2 international championships, but now, Sony is going to take things to the next level by letting spectators get a glimpse in the game itself.