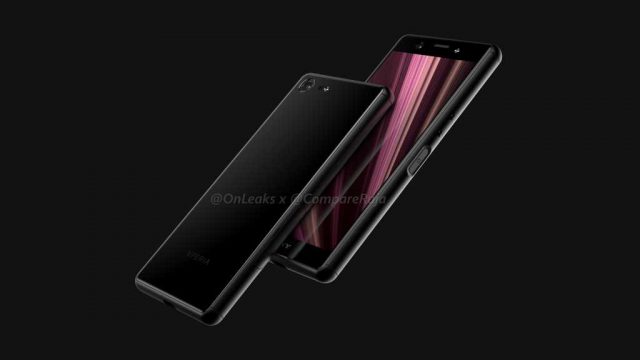 Even though Sony launched Xperia ZX3 only two months ago, the tech giant is already adding the finishing touches to the smartphone’s successor. The successor is called Xperia XZ4 and its official press renders have been leaked. Not just that, but information that Sony is working on a budget version of Xperia XZ4 called the “Compact” model has also been revealed. With that said, let’s check out everything there is to know about Sony’s next-generation flagship smartphone.

As you can see from the leaked press render, Xperia XZ4 sports a simple, yet sleek design. Even though Xperia XZ4 might not be on the same level with the likes of iPhone XS and Galaxy S9 which ship with a full-screen design, Xperia XZ4 is still a great looking device. On the other hand, Xperia XZ4 will more than likely sport an affordable price tag that will make up for the lack of a full-screen display or dual camera-setup.

Even though the smartphone will fit in the mid-range category when it comes to price and Sony had to compromise on design. Luckily, Sony invested all it had in the hardware specs. Therefore, Xperia XZ4 will be equipped with a 6.55-inches full HD display that features a 21:9 aspect ratio.

The smartphone will also be fueled by the Qualcomm’s latest Snapdragon 855 processor that ships with 6GB of RAM. This is an octa-core processor and it will help Xperia XZ4 take care of all types of heavy-duty tasks.

While this feature might pop out in the leaked press render, rumor has it that Xperia XZ4 will feature a side-mounted fingerprint sensor. Sony wanted to install the sensor in the display but decided that it was safer to equip it on one of the sides instead.