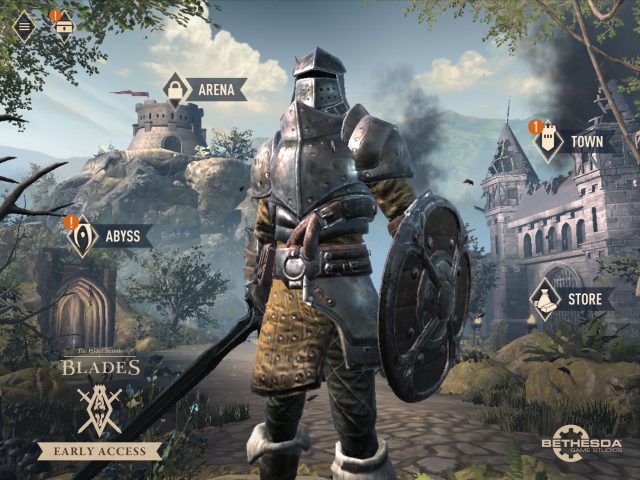 Bethesda launched Fallout 76 a couple of months ago and this game didn’t deliver on the promises that the game developer made during the marketing campaign. Not only that, but Fallout 76 proved that Bethesda is not the same game developer that we know and love because Fallout 76 was basically a copy of Fallout 4 and it still shipped with bugs that made the game unplayable on launch date. Therefore, it shouldn’t come as a shock that the public perception of Bethesda hit an all-time low and that gamers from all over the world sent negative feedback.

Luckily for Bethesda, it owns the rights to The Elder Scrolls franchise. This is one of the most beloved game franchises and Bethesda is going to use the next installment in the series as an opportunity to gain the trust of the fans back. Not just that, but Bethesda has already started doing this by launching The Elder Scrolls: Blades which is a mobile game for iOS and Android.

The new mobile game called The Elder Scrolls: Blades launched on the Google Play Store and the App Store last week and its already topping charts. According to multiple reports, The Elder Scrolls: Blades made more than $500,000 in the first seven days of launching. Moreover, Sensor Tower is reporting that the mobile game is the No.1 in the “most downloaded” charts with nearly half a million downloads coming from the US alone.

The Pay to Win “Problem”