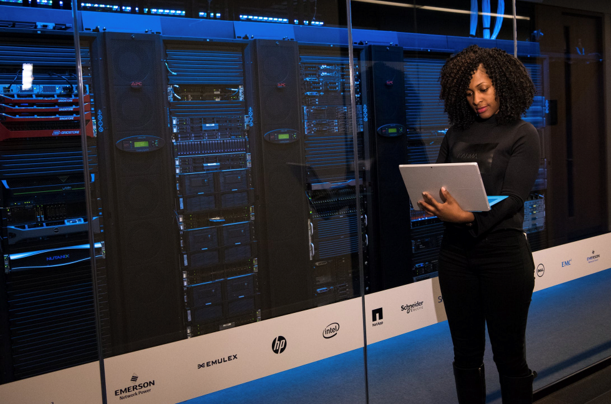 Africa can be thought of as having a blank canvas. It is not marred by legacy systems which inhibit the adoption of new technologies. This invariably necessitates the creation of a robust infrastructure across Africa to allow for the construction and development of telecommunications systems, mobile payment systems, and other disruptive technologies.

According to PricewaterhouseCoopers, the continent of Africa witnessed 58% growth in mobile broadband technology from 2015 through 2016, but the most startling growth rate to place in mobile phone usage between 2016 and 2017, with an uptick of 344%. While impressive, these figures do not do justice to the true value of development in Africa. Consider that by 2050, 50% of the world’s population growth will come from Africa.

What types of disruptive technologies are currently operational in Africa?

Comparative statics paint an interesting picture about how Africa is fairing in comparison to other regions. For example, the ITU found that the number of active mobile broadband subscriptions in Africa was 29%. This compares rather unfavorably to all other regions in the world, with 48% (Arab states), 79% (the Americas), 43% (Asia-Pacific), 53% (EIS), and 77% (Europe).

The situation is even more dire when one compares access to Internet at home. In Africa, just 15% of the populace enjoys this privilege, compared to 46% (Arab states), 64% (the Americas), 46% (Asia-Pacific), 68% (CIS), and 84% (Europe). Many may be questioning why there is so much hullabaloo about disruptive technologies in Africa? For starters, the global marketplace necessitates standards and norms of business behaviour. If suppliers in the Americas cannot perform effective business transactions online with buyers in Africa, or vice versa, the system breaks down.

Health and wellness, and access to emergency medical services are always a concern in developing countries. Given that most hospitals, emergency services, and law enforcement agencies are concentrated in urban areas, there is great concern that outlying regions suffer immeasurably as a result of geographic factors. To this end, disruptive technology can eradicate many problems. By using online communications in outlying areas, it is possible to avert all sorts of issues through instant connections to urban servers via the Internet.

What’s particularly impressive about the disruptive technologies across Africa is the pervasiveness of adoption. From South Africa all the way through Angola, Kenya, Uganda, Ghana, Guinea and other countries, innovation is coming to Africa. The objective in all instances is to integrate the informal economy into the mainstream economy through mobile connectivity, disruptive technology, and e-commerce. The digital revolution in Africa is being fomented by leading forces of change.

Popular innovators include Ghada Wali, Gregory Rockson, Oshiorenoya Agabi, Kamau Gachigi, Tshepo Moloi, and Isabel Dos Santos. The latter is a particularly interesting individual whose formidable wealth has served as a catalyst to effect the innovative change so desperately needed in Africa. Dos Santos, the daughter of erstwhile Angolan president Jose Eduardo Dos Santos, has led the way as a pioneering force in African innovation, disruptive technology, and change. She has managed multibillion-dollar enterprises, contributed enormously to the upliftment of women, and introduced educational initiatives throughout Angola and other African countries.

The World Bank has agreed to partner with Kenyan farmers through the Kenyan Ministry of Agriculture to establish digital platforms with the objective of boosting crop yield. Through the use of mobile technology, Kenyan farmers will be able to access important information needed to understand crop farming better, gain the requisite knowledge of improving yields, and deploy innovative solutions to the agricultural sector.

The World Bank estimates that these digital platforms will provide the necessary frameworks for an estimated 1 million smallholding farmers. The World Bank indicated grants will be largely be available to agritech entrepreneurs in Kenya. This progressive African country leads the way in the entrepreneurial arena thanks to its tech-savvy culture, friendly regulatory framework, and innovative approach to business.

There are many other examples of disruptive technologies being used throughout Africa. As a case in point, the oil-rich country of Nigeria is Africa’s economic powerhouse. Nigeria also has an online customer base of approximately 60 million people, making it the ranking e-commerce market by GDP. Nigeria is now perfectly positioned as a leader on the continent when it comes to accessing previously unreachable markets through online technologies. Nigeria’s total population of 180 million people now boasts a 33% penetration made with online access ability, and this in itself is a huge market.

An ocean of innovation is already reshaping old systems and reinvigorating the landscape with cutting-edge tech developments. Revolutionary concepts are being implemented at a steady clip in Africa transforming the continent into a competitive marketplace.