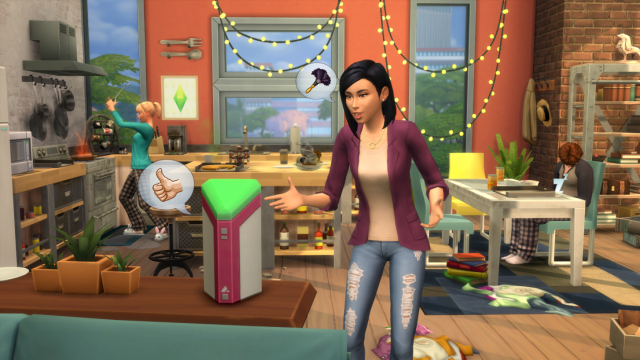 Even though Sims 4 was released four years ago, this doesn’t mean that EA has forgotten about the Sims franchise. The reason why we are saying this is because EA has recently announced that it will be teaming up with Amazon in order to introduce a bunch of new AI features to the game. Yes, you read that right! Sims fans are going to be able to talk to Amazon’s famous AI called Alexa in the game.

“We’ve teamed up with Amazon to create a new way to experience The Sims, Alexa-style. Basically, now you can bug your whole household with your love for The Sims. Or, they can get in on the action. Either way, this is gonna be good. This is a worldwide release, in five variants of English (Australia, Canada, India, US, and UK),” said EA in its latest blog post.

The best thing about EA introducing Alexa to Sims is the fact that the players will be able to access a bunch of new features. Here are some features that EA mentioned in its blog post:

This voice command will trigger Alexa to start playing music. EA said that it queued up more than seven hours of music (140 songs) collected from the Sims franchise and they will be automatically played when players tell Alexa the “How about some tunes?” command.

Another great feature that Alexa brings to Sims is the ability to teach players fun facts about the Sims franchise. Alexa will provide players with interesting information such as who published the game and what inspired the developers to create Sims.

EA will also introduce Lin-Z (new character) to the PC and Mac versions of Sims 4. This character is based on Alexa and it will respond to vocal commands.