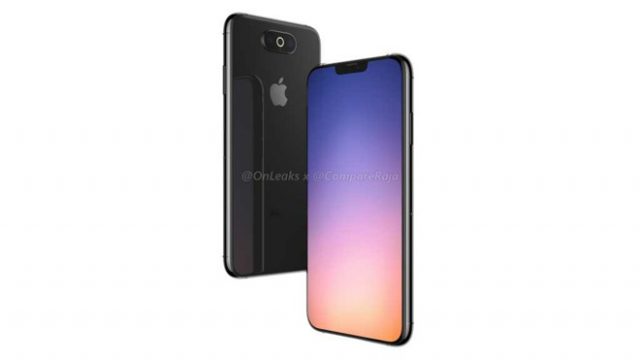 iPhone XI is one of the hottest prospects of 2019, but Apple is doing its best to keep it away from the media’s eyes. Unlike Samsung’s smartphones which leak every other week, Apple actually has a firm grip over the press renders of its upcoming iPhones and they rarely leak. Fortunately, we got lucky and the Twitter user “OnLeaks” has managed to get his hands on a picture of iPhone XI which reveals some interesting details.

Since iPhone XI is the most highly anticipated smartphone 2019, tech leaksters have made it their top priority to find and leak pictures of it. With that said, the Twitter user “OnLeaks” who is renowned in the tech community for leaking reliable pictures has found a press render of iPhone XI which shows that the next-gen iPhone will feature a three lens camera-setup.

The interesting thing about this latest iPhone XI press render leak is the fact that it shows that Apple is placing the three lenses close to each other. The lenses are placed in a centered, horizontal alignment which gives iPhone XI the sleek design that Apple is known for. To make things even better, the three lenses are also accompanied by a ring flash in the middle.

This is Not the Final Product!

On the downside of things, this press render of iPhone XI doesn’t show us the final product. Apple is reportedly still adding the finishing touches to iPhone XI and the press render that we are seeing today is just a prototype.

However, we don’t think that there is much that Apple can change to iPhone XI to make it look different than the recently leaked press render. In addition, this leak also shows off that Apple is not going to get rid of the display top-notch anytime soon.