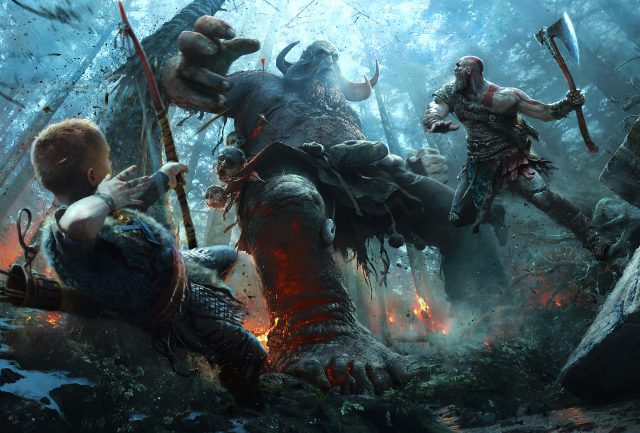 If you love playing games on your PlayStation 4, then we have some awesome news to share with you. Three of the most popular PlayStation 4 games are now available for under $20. We are not talking about 2D puzzle games, we are talking about AAA games that have won the GOTY (game of the year award). Without any further ado, let’s go ahead and check them out.

Everyone who likes RPG (role-playing-games) needs to give Fallout 76 a try. This is one of the best games that Bethesda has launched and it gives players the chance to check out what the US would like in a post-apocalyptic theme. The questlines in Fallout 76 are amazing and you will more than likely get sidetracked from the main storyline and do tasks all types of tasks in Bethesda’s dynamic world.

God of War is a masterpiece and no one can deny that! This game is so good that lots of Xbox fans have ditched their consoles in favor of a new PlayStation 4 just so that they could play God of War. As if this doesn’t speak enough about how awesome the game is, then you should know that God of War has won the GOTY (game of the year) award due to its amazing gameplay, character design and immersive storyline.

Some people like a challenge and if you are one of them, then you don’t need to look any further than Dark Souls Remastered. The game offers an epic dark fantasy universe where players will need to face difficult challenges that only the most skilled players can defeat. This game doesn’t have any shortcuts and the only way to beat it is to get better.