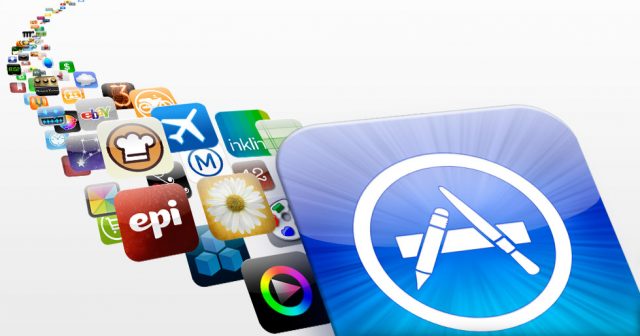 The App Store has been around for ten years and it features more than two million apps, games and services. However, iOS developers are always figuring out ways to create new and better apps that take the App Store by storm. The reason why so many developers focus on creating iOS products is simple. The App Store has helped developers make more than $100 billion in profits during the last decade.

With that said, today we want to present the top five apps that iOS fans can get from the App Store. These apps have been designed for the sole purpose of helping iOS fans with their daily activities such as taking fantastic photos and editing them, organizing your daily schedule and much more. Without any further ado, let’s see which are the top five apps available on the App Store.

The first app on our list is called Agenda and it excels at making it easier for iOS fans to plan their days. Agenda is the perfect app for people who live a busy life and need a helping hand to keep their daily tasks in check. Not just that, Agenda is a powerful app that is going to prove to be quite useful for all types of mundane tasks such as grocery shopping for example. To make things even better, Agenda is entirely free to use.

Affinity Designer is a powerful app that will make the lives of designers much easier. Affinity Designer works best on an iPad and it provides iOS fans with tools such as the ability to create/edit logos, posters, comics and much more.

In addition, Affinity Designer supports all types of files that graphic designers have to deal with such as JPEG, GIF, PSD and PNG for example. Since this app comes with so many premium features, no one should be surprised to find out that it is priced at $15.99.

iPhones are renowned for the cool pictures that they take, especially the latest iPhone X, XS and XS Max that ship with dual-lenses. However, the quality of the pictures taken with an iPhone can be greatly improved by using an app such as Focos.

For those who are unfamiliar with Focos, this app introduces true 3D imaging for impressive lighting in pictures and adds more shallow depth of field. Therefore, Focos will help iPhones snap pictures that look just like DSLR. The great thing about Focos is that it’s free to use!

Podcasts are taking over the world and there’s no doubt about that. The amazing thing about podcasts is that there are so many of them that people can use them either for entertainment or for learning purposes. Nonetheless, the best way for iOS fans to track their favorite podcasts and listen to them is by using Castro.

Castro is an app that has been specially developed to make it more fun and simpler for iOS fans to listen to podcasts. The app is entirely free and everyone can give it a try without having to pay a single dime.

We are going to end our list of the best apps in the App Store with Darkroom. This is one of the best photo editing apps that iOS fans can get their hands own and, as its name implies, Darkroom excels at editing pictures in low-light environments. Moreover, Darkroom supports all types of photo formats including Live Photos and RAW. Therefore, Darkroom can export PNG and TIFF photos without any problems. Lastly, Darkroom is free!