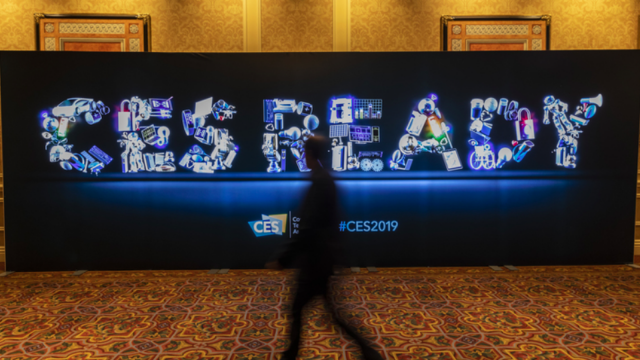 Even though CES 2019 has just begun, lots of tech companies have already revealed their most innovative and highly anticipated products that will launch this year. For those who are unfamiliar with CES (Consumers Electronics Show), this is the biggest tech event of the year and all of the world’s biggest tech companies use it as a platform to reveal their coolest devices. With that being said, today we are going to check out the top six products that were revealed during the first days of CES 2019.

The device that managed to “steal” all the attention from all the other products that were revealed during CES 2019 is Razer’s new gaming laptop called Blade. This is a 15-inches laptop that uses impressive technology such as the eight-generation Intel i7-8750H CPU which is coupled to 16GB of RAM and a 512GB SSD. The standout feature of the Blade gaming laptop is the fact that it uses NVIDIA RTX Graphics.

Razer is not the only company that used CES 2019 in order to announce a gaming laptop since Dell did exactly the same. Unlike Razer, Dell’s new Alienware m17 laptop measures in at 17-inches and it’s the thinnest and lightest gaming laptop ever made. Dell tried to combine the portability of a laptop with impressive hardware performances and this is how the Dell Alienware m17 came to be. The gaming laptop weighs in at only 5.79 pounds (2,63kg) and it measures in at 0.91 inches (23mm).

Since we previously talked about NVIDIA, we need to mention that the tech giant also revealed its highly anticipated GeForce RTX 2060 graphics processing unit (GPU). The GPU is going to be priced at $349 and it will fit in the mid-range entry category. Moreover, NVIDIA highlighted GeForce RTX 2060’s performances by running Battlefield V at Ultra Settings with RTX ON and staying above 60 FPS without any problems.

Electric cars are taking over the world and there’s no doubt about that. Even though Tesla is the biggest electric car manufacturer in the world, there are other companies who want to take a “piece of the cake” and Byton is one of them. Byton announced during CES 2019 that it will launch a new car called M-Byte and that it will feature AI (artificial intelligence) support, 5G technology and a massive 48-inches display.

HP revealed the Omen X Emperium during CES 2019. This is a gaming monitor that will become a “must-have” to all gamers who want a premium experience. The Omen X Emperium measures in at 65-inches and the most amazing thing about it is the fact that it features a soundbar which is built-in. The gaming monitor can actively sync its 144Hz refresh rate with the refresh rate of any PC that uses an NVIDIA graphics card.

These are our top six products that were revealed during CES 2019 until now. However, these are still the early days and lots of other innovative products are going to be announced during the upcoming days so you better stay tuned.