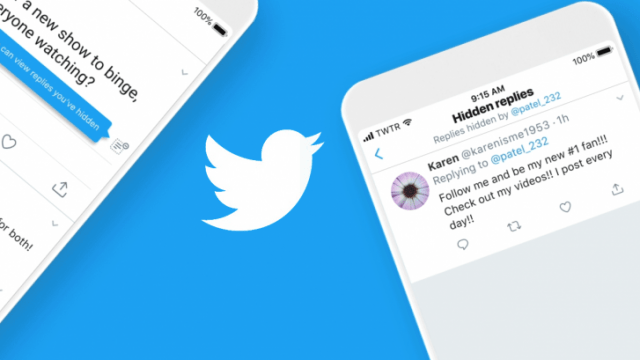 One of the reasons why Twitter has became such a popular social media platform is the fact that the developers are constantly introducing new features and software tweaks that are enhancing the overall performances. For example, Twitter has been testing a new feature that makes it possible for users to hide replies in their threads. This feature has been in the testing phase beginning July 2019 and it was tested in Canada. Now, Twitter has decided to start testing out the new feature in Japan and the United States.

“To give people more control over their Twitter experience we’ve developed different features over the years – from block, muting keywords and accounts, to notifications filters – so that everyone can tailor their experience to make Twitter work best for them. Earlier this year we started testing a way to give people more control over the conversations they start. Today, we’re expanding this test to Japan and the United States,” said Twitter in a new blog post.

The developers who are in charge of Twitter have also decided to reveal the results of the testing phase that took place in Canada starting July. Here is how being able to hide replies in threads has impacted users on Twitter who had access to this feature: