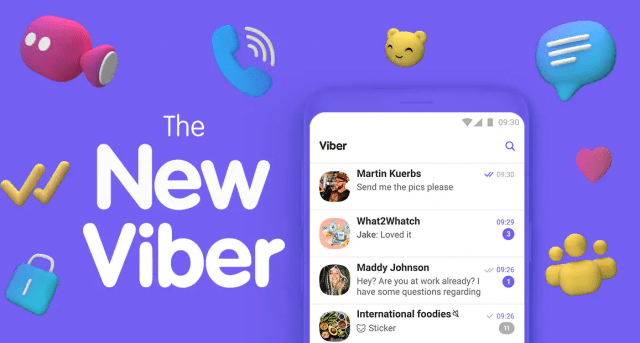 Viber was one of the world’s first apps to utilize VoIP technology in order to make it possible for users to place free audio/video calls. This is why Viber is now one of the most popular chatting apps with tens of millions of active users. The great thing about Viber is that since the app has been around for so long, the developers have had enough time to improve its features and take its performances to the next level via a constant stream of updates. In fact, a new update has just arrived and all Viber users are advised to download it as soon as possible.

Do you enjoy using Viber to keep in touch with your friends and family members? If that is the case, then you should be pleased to find out that a new update which is changing the chatting app’s version number to 11.9.1.1 is now rolling out via OTA (over the air) channels.

The only thing that Viber users need to do in order to make themselves eligible to access the new update and all the improvements that it brings is to keep their smartphones connected to a stable Wi-Fi network.

Mobile data is quite expensive, especially in countries such as the USA or Canada and this is why the developers who are in charge of Viber have decided to give users more control over how much mobile data the chatting app can use when sending photos in chats.

With that said, Viber users will now be able to select the exact photo quality that they want to either send or download whenever dealing with photos in their chats. The new feature can be accessed by following the next steps More – Settings – Media – Photo Quality.