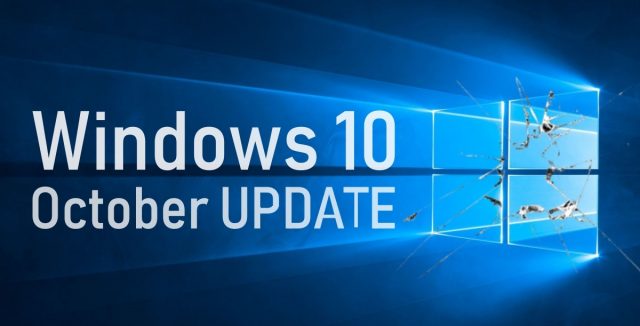 Microsoft started rolling out the highly anticipated Windows 10 October 2018 Update yesterday but for some unknown reason, the update was making people’s files randomly disappear. This is a serious issue because some Windows 10 users lost important files such as work spreadsheets for example and Microsoft was forced to pull back the update. Luckily, Microsoft fixed the update and it started rolling it out again today.

As we previously mentioned, the October update for Windows 10 contained a bug that made people’s files randomly disappear. Fortunately, Microsoft was paying close attention to all the feedback that it was receiving from Windows 10 users and it stopped rolling out the update in order to fix it.

The update has been patched and Windows 10 users will receive it today. With that being said, let’s check out what are the new features and software tweaks that this new Windows 10 brings so that people know what they are getting.

Every popular app has started introducing a Dark Mode for users who like using the app during night time and hate that the brightness hurts their eyes. Microsoft noticed the success of Dark Mode and it announced that Windows 10 will now feature a Dark Mode for native apps such as File Explorer, Settings and App Store. This feature can be enabled by following the next steps Settings – Personalization – Colors and then select “Dark”.

The Swift Keyboard is a cool app that makes it possible for touchscreen users to write faster than usual. Fans of the app should be pleased to know that Microsoft has decided to introduce it in this latest Windows 10 October update and everyone who owns a touchscreen Windows 10 powered device can use it.

One of the best features that are being introduced in this latest Windows 10 update makes it possible for Microsoft to supercharge the clipboard. People who enjoy using shortcuts such as “ctrl-x”, “ctrl-c” and “ctrl-v” will also need to implement the “Windows key + V” key because the clipboard will be able to save more items than just the recently edited files. Not just that, but Windows 10 users will also be able to synchronize the clipboard across multiple Windows powered devices.

Windows 10 is a great operating system when it comes to writing text, creating icons and apps that can be read in high-resolution displays. The reason behind this is because Windows 10 offers a powerful font size slider. Moreover, Microsoft wants to make the font size slider even more powerful and it will launch it as a separate app in this latest update. The separate font size slider will give Windows 10 users access to a lot more features such as the ability to increase the size of elements that are displayed while the scaling can stay at the same native resolution.

One of the most annoying things about getting Windows 10 updates is the fact that they restart your PC/laptop. This can be quite annoying because updates can restart the laptop in the middle of a gaming or work session and Windows 10 users are known to get really frustrated about this. Fortunately, Microsoft has introduced a new feature in the new October update that helps the operating system realize when the user has left the laptop/PC for an hour or two or when the user has gone to sleep so that the operating system knows when to shut down and update without causing any problems.