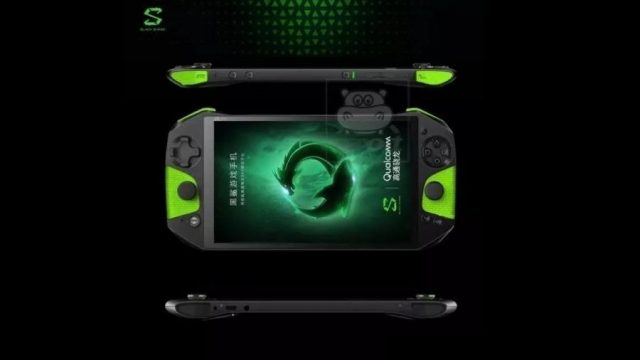 Samsung, Google and Apple are the ones who are dominating the smartphone industry and there’s no doubt about that. These three companies offer high-end smartphones that are equipped with top-notch software and sleek designs. However, this doesn’t mean that there aren’t any other companies who are trying to get “a piece of the cake”. Xiaomi is the perfect example of that because this Chinese based tech giant keeps launching powerful smartphones that are becoming more and more popular.

The latest smartphone that Xiaomi launched is called Black Shark and its renowned for being a gaming smartphone that ships with powerful hardware specs and high-end software optimization. The smartphone hit the Chinese tech market earlier in October and now, Xiaomi has announced that Black Shark will finally arrive on the global market starting November 28th.

Xiaomi announced that Black Shark is going to be available for purchase in all other regions of the world starting November 28th. The gaming smartphone is powered by a Snapdragon 845 processor which ships alongside an Adreno 630 graphics processing unit and 6GB/8GB of RAM.

Not just that, but Xiaomi has also made sure to equip the smartphone with a 20MP selfie camera and a 20MP+12MP rear-mounted camera setup.

Nonetheless, Black Shark is a gaming smartphone that has the necessary hardware specs to compete against the likes of Galaxy S9. However, Xiaomi is not as popular as Samsung and it’s difficult to tell if Black Shark will have any success in the US and European tech markets.

On the other hand, we have to give it to Xiaomi for keeping on launching powerful smartphones and for the company’s willingness to compete against the best. This shows us that Xiaomi is aiming to become one of the world’s best smartphone manufacturers and that it doesn’t back down from a fight.