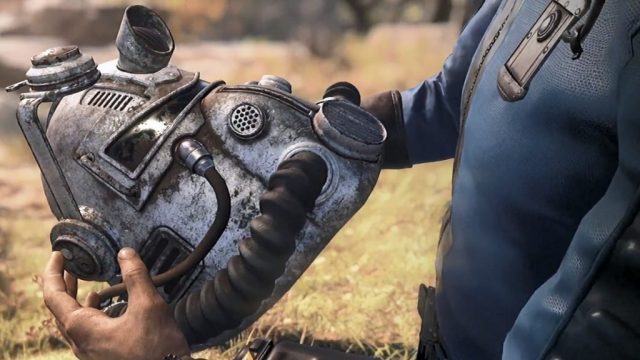 It’s been almost two weeks since Fallout 76 launched and fans are not happy with it. Bethesda charges $60 for the game and fans are outraged at this because Fallout 76 uses the same engine as Fallout 4, including the bugs that Fallout 4 has. To make things even worse, some features from Fallout 76 are an identical copy of The Elder Scrolls: Skyrim and as you can probably tell, the feedback on this game is not that good.

Nonetheless, the reason why Fallout 76 is making headlines today is because Bethesda has started rolling out the first patch for the game. Bethesda says that the new patch improves the game’s stability, adds PVP changes and other bug fixes. The interesting about this patch is that it weighs in at 47GB on PlayStation 4 and only 15GB on PC and Xbox One.

Bethesda said in a previous announcement that “This update will be large compared to what we expect for patches going forward”. However, the fact that PlayStation 4’s patch is more than double the size that PC and Xbox One fans are receiving, we can’t stop from wondering if Bethesda is introducing some additional software changes or features to PlayStation 4.

Worst Game of the Year

Even though Bethesda was hoping that Fallout 76 will be a contender for the GOTY (game of the year) title, this is not the case. This is the worst game that Bethesda has ever released and fans are really angry with the company. The game is bad and the worst thing about it is that it shows Bethesda doesn’t want to invest any resources in new games and it’s opting to “borrow” features and game engines from other titles.