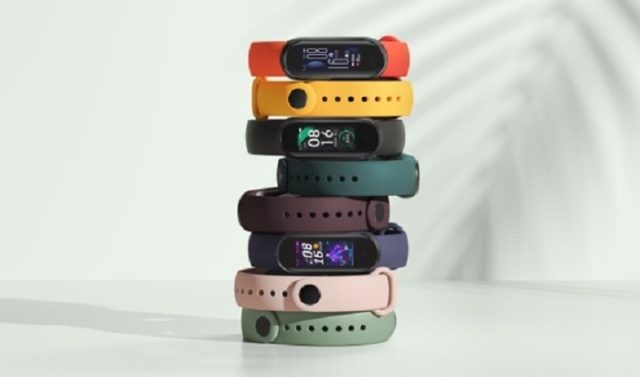 One of the reasons why Xiaomi’s products stand out from the competition is the great prices that they sell for. This time, Xiaomi outdid itself and launched a new budget-friendly Mi Band 5 that costs only $32. If this doesn’t seem affordable to you, then you should know that there also is a non-NFC version that costs $27. With that said, let’s check out what are the features that the new Mi Band offers.

The first upgrade that everyone is going to notice when looking at the new Mi Band model is that it ships with a bigger display. The display measures in at 1.2-inches and it is 20% larger than the previous model. We also want to highlight that Xiaomi is bundling the fit band with a wide range of animated watch faces that will make the larger display stand out. In addition, the Mi Band is available with eight colored straps. One of them even features characters from Spongebob Squarepants.

While the design of the Mi Band 5 might be amazing, this is not the feature that makes the device stand out the most. If we take a look under Mi Band’s hood, we are going to see that the device ships with voice support, a faster processor, and a brand-new menstrual tracker.

Another cool feature that Xiaomi has decided to install on the new Mi Band is an improved monitor that tracks REM sleep, as well as deep and light sleep. According to Xiaomi’s press release, the new Mi Band features a 50% accuracy improvement in heart rate monitoring.

The Mi Band is already available to purchase in China and we believe that it will soon launch on a global scale. We might have to wait a couple of weeks before that happens because Xiaomi needs to deal with transportation issues caused by the global pandemic.