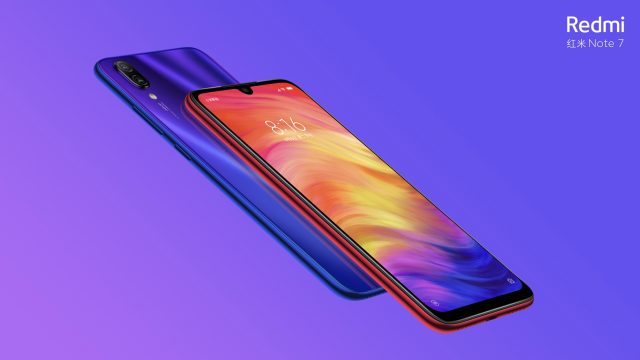 Chinese companies are known for offering affordable tech products, but Xiaomi is now taking things to the next level. What’s great about Xiaomi is not just the fact that its smartphones are affordable, but also that they feature impressive performances and the perfect example of this is the latest Redmi Note 7 which features a 48-megapixel camera.

How much do you think a smartphone with such a powerful main camera would cost? Wrong! The 48-megapixels Redmi Note 7 is priced at only $150.

Xiaomi has outdone itself with Redmi Note 7. This smartphone is powered by a Qualcomm Snapdragon 660 processor that is paired with a 4,000 mAh battery and a sleek looking 2.5 Glass design. However, the centerpiece of this smartphone is the 48-megapixels dual camera setup that sits on the rear side. As if this wasn’t impressive enough, Redmi Note 7 has also decided to couple the Qualcomm Snapdragon 660 CPU to 6GB of RAM.

As previously mentioned, the most impressive feature that Redmi Note 7 has to offer is the rear mounted dual camera setup which features 48-megapixels. What’s great about this dual camera setup is that despite the big 48-megapixels lens, it also features a smaller 5MP lens with an aperture of f/1.8 which is used to give depth to photos. Xiaomi reports that the smartphone can take photos with 48 million tiny 0.8-micron pixels even in bad light conditions.

The fact that Redmi Note 7 costs only $150 is incredible! This smartphone is equipped with powerful specs and a price that makes it accessible to everyone. We should also mention that the affordable price and powerful specs of Redmi Note 7 are going to make it significantly harder for other companies to compete.